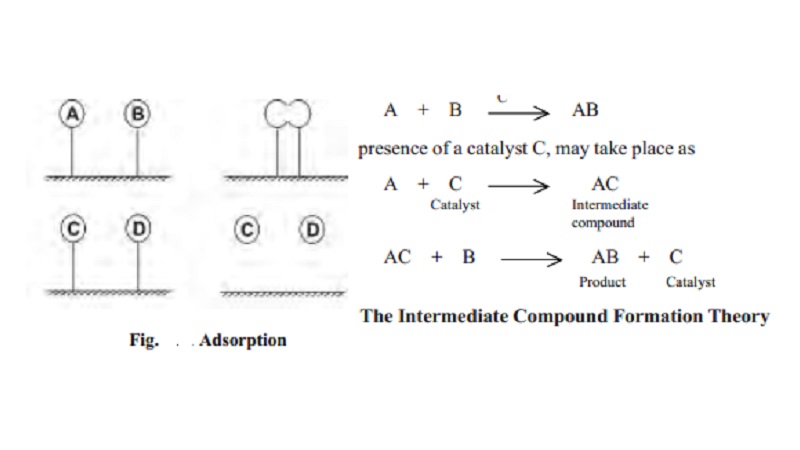 There are two main theories to explain catalysis.

For example, a reaction of the type

which occurs in presence of a catalyst C, may take place as

Many catalytic reactions can be explained on the basis of this theory.

The catalytic oxidation of SO2 to SO3 in the lead chamber process probably takes place as;

This theory explains the mechanism of heterogeneous catalysis. Here, the catalyst functions by adsorption of the reacting molecules on its surface.

In general, there are four steps involved in the heterogeneous catalysis. 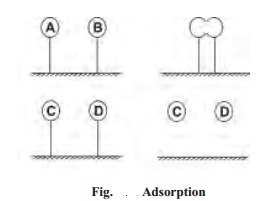 The reactant molecules A and B strike the surface of the catalyst. They are held up at the surface by weak vanderwaal's forces or by partial chemical bonds.

The particles of the reactants adjacent to one another join to form an intermediate complex (A-B). The activated complex is unstable.

The activated complex breaks to form the products C and D. The separated particles of the products hold to the catalyst surface by partial chemical bonds.

The particles of the products are desorbed or released from the surface.

The applications of catalysis are summarised as follows.

iii.            Lead chamber process for the manufacture of sulphuric acid. 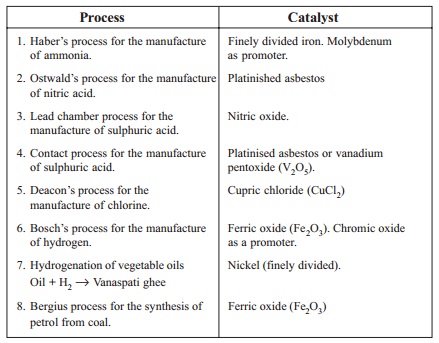