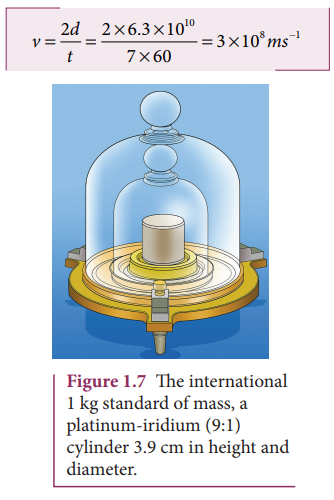 In a series of successive measurements in an experiment, the readings of the period of oscillation of a simple pendulum were found to be 2.63s, 2.56 s, 2.42s, 2.71s and 2.80s. Calculate (i) the mean value of the period of oscillation (ii) the absolute error in each measurement (iii) the mean absolute error (iv) the relative error (v) the percentage error. Express the result in proper form. 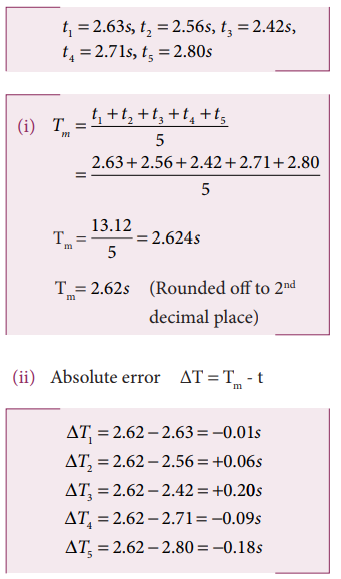 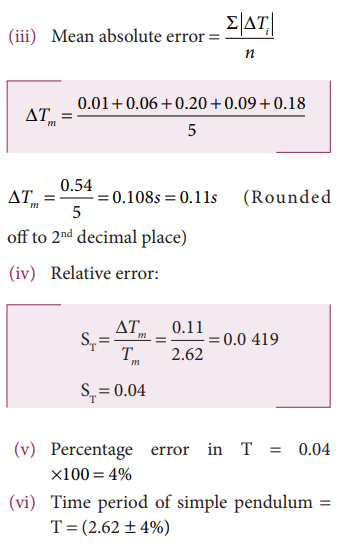 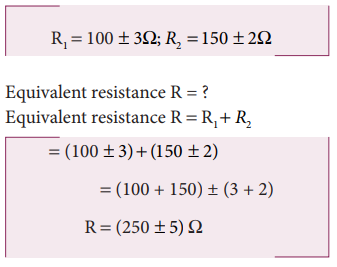 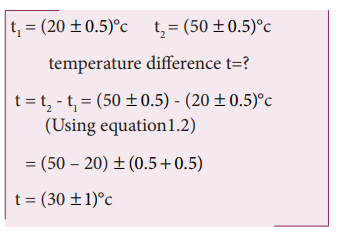 (iii) Example Problem for Error in the product of two quantities 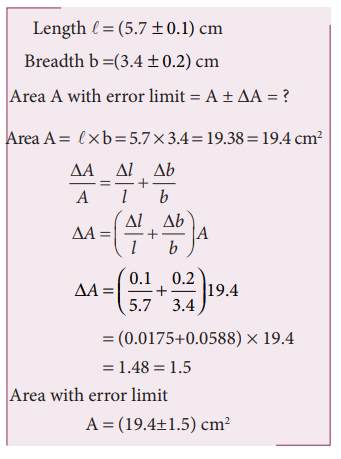 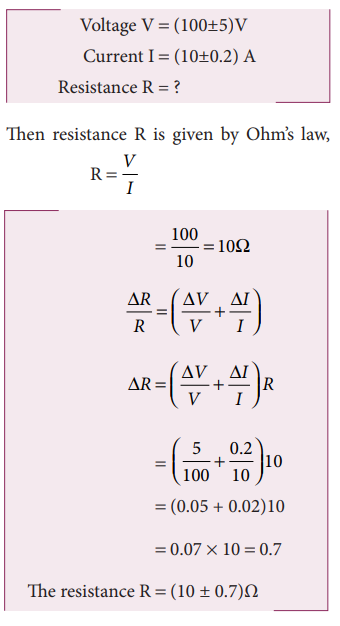 (v) Example Problem for Error in the power of a quantity

A physical quantity x is given by x

The percentage error in x is given by 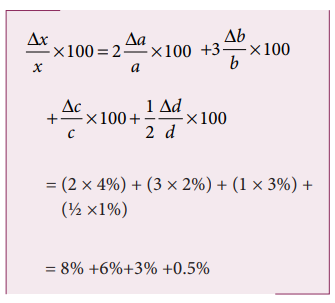 State the number of significant figures in the following

Round off the following numbers as indicated

Here the least number of significant digits after the decimal is one. Hence the result will be 6.9.

Here the least number of significant digits after the decimal is two. Hence the result will be 10.22

Solved Example Problems for Application of the Method of Dimensional Analysis 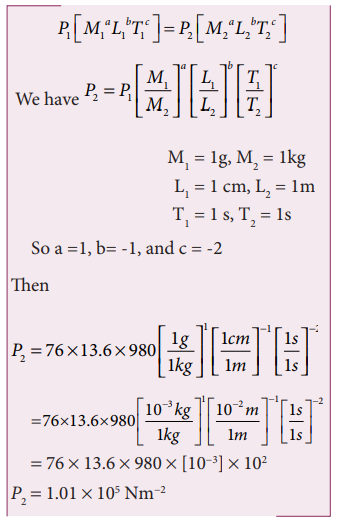 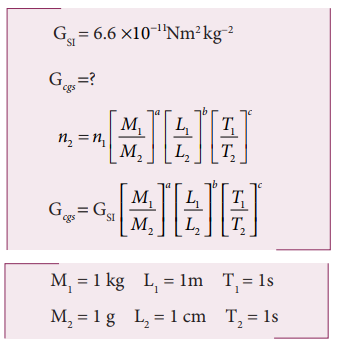 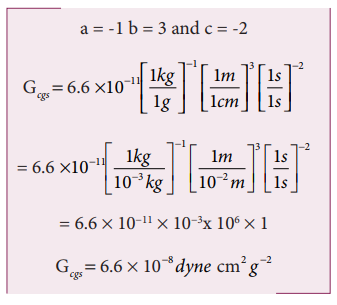 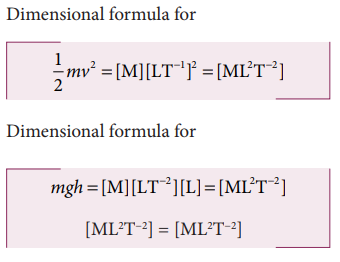 1. In a submarine equipped with sonar, the time delay between the generation of a pulse and its echo after reflection from an enemy submarine is observed to be 80 sec. If the speed of sound in water is 1460 ms-1. What is the distance of enemy submarine?

Time taken by the pulse for to and fro :

According to the rule of significant fig,

3. Assuming that the frequency γ of a vibrating string may depend upon i) applied force (F) ii) length (l) iii) mass per unit length (m), prove that γa

Applying the principle of homogeneity of dimension 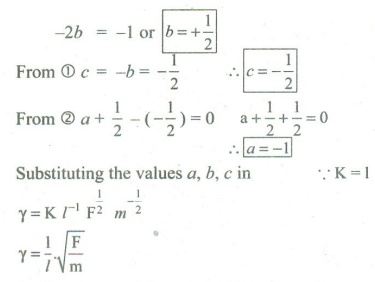 4. Jupiter is at a distance of 824.7 million km from the Earth. Its angular diameter is measured to be 35.72˝. Calculate the diameter of Jupiter. 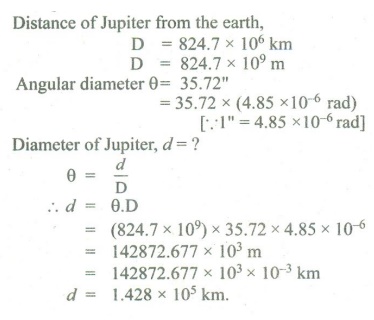 5. The measurement value of length of a simple pendulum is 20 cm known with 2 mm accuracy. The time for 50 oscillations was measured to be 40 s within 1 s resolution. Calculate the percentage accuracy in the determination of acceleration due to gravity ‘g’ from the above measurement.

The errors in both Z & T are least count errors. 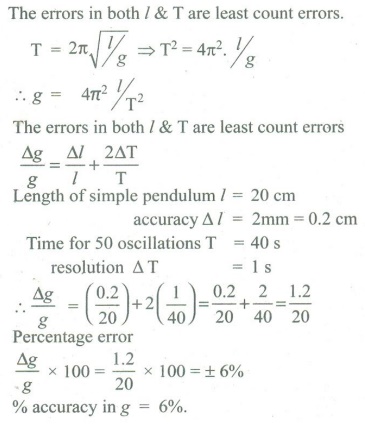