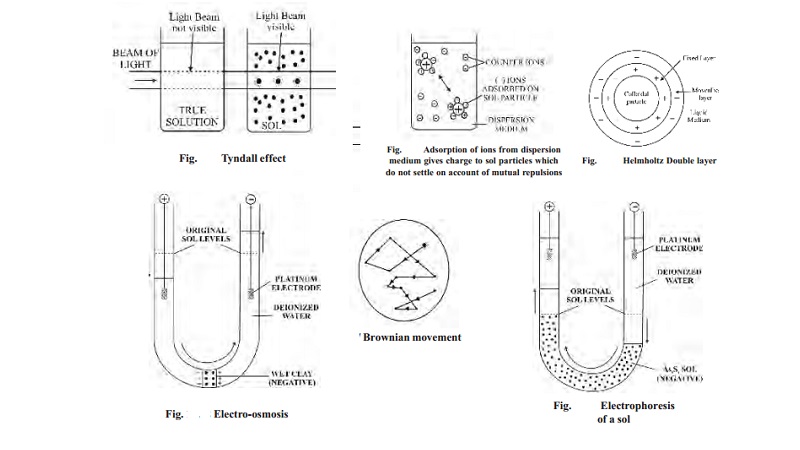 The properties of colloids are discussed under three types

When sol is examined with an ultramicrosope, the suspended particles are seen as shining specks of light. By following an individual particle, it is observed that the particle is undergoing a constant rapid motion. It moves in a series short straight line paths in the medium, changing direction abruptly. 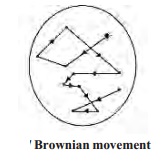 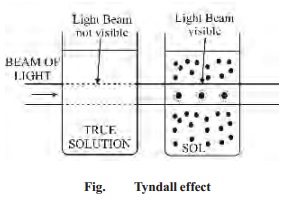 (i) Charge on Colloidal particles

The important property of colloidal dispersions is that all the suspended particles possess either a positive or negative charge. The mutual forces of repulsion between similarly charged particles prevent them from aggregating and settling under the action of gravity. This gives stability to the sol.

The surface of colloidal particle acquires a positive charges by selective adsorption of a layer of positive ions around it. This layer attracts counterions from the medium which form a second layer of negative charges. The combination of the two layers of charges around the sol particle is called Helmholtz double layer. 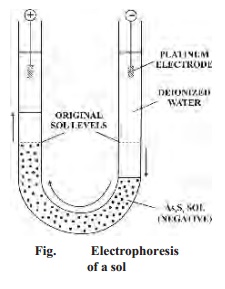 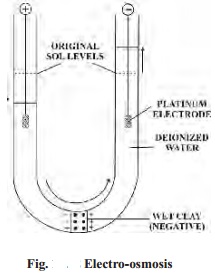 The phenomenon of electro-osmosis can be demonstrated by using a U-tube in which a plug of wet clay (a negative colloid) is fixed. The two limbs of the tube are filled with water to the same level. The platinum electrodes are immersed in water and potential applied across them. It will be observed that water level rises on the cathode side and falls on anode side. This movement of the medium towards the negative electrode, shows that the charge on the medium is positive. Similarly, for a positively charged colloid electro-osmosis will take place in the reverse direction.