When dissolved in water, neutral electrolyte molecules are split up into two types of charged particles. 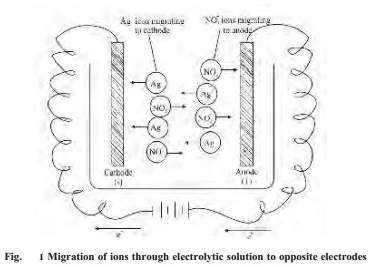