As if these vulnerabilities were not enough, two other phenomena multiply the risk. Scripts let people perform attacks even if the attackers do not understand what the attack is or how it is performed. Building blocks let people combine components of an attack, almost like building a house from prefabricated parts.

As if these vulnerabilities were not enough, two other phenomena multiply the risk. Scripts let people perform attacks even if the attackers do not understand what the attack is or how it is performed. Building blocks let people combine components of an attack, almost like building a house from prefabricated parts.

Attacks can be scripted. A simple smurf denial -of-service attack is not hard to implement. But an underground establishment has written scripts for many of the popular attacks. With a script, attackers need not understand the nature of the attack or even the concept of a network. The attackers merely download the attack script (no more difficult than downloading a newspaper story from a list of headlines) and execute it. The script takes care of selecting an appropriate (that is, vulnerable) victim and launching the attack.

The hacker community is active in creating scripts for known vulnerabilities. For example, within three weeks of a CERT advisory for a serious SNMP vulnerability in February 2002 [CER02], scripts had appeared. These scripts probed for the vulnerability's existence in specific brands and models of network devices; then they executed attacks when a vulnerable host was found.

People who download and run attack scripts are called script kiddies. As the rather derogatory name implies, script kiddies are not well respected in the attacker community because the damage they do requires almost no creativity or innovation. Nevertheless, script kiddies can cause serious damage, sometimes without even knowing what they do.

This chapter's attack types do not form an exhaustive list, but they represent the kinds of vulnerabilities being exploited, their sources, and their severity. A good attacker knows these vulnerabilities and many more.

An attacker simply out to cause minor damage to a randomly selected site could use any of the techniques we have described, perhaps under script control. A dedicated attacker who targets one location can put together several pieces of an attack to compound the damage. Often, the attacks are done in series so that each part builds on the information gleaned from previous attacks. For example, a wiretapping attack may yield reconnaissance information with which to form an ActiveX attack that transfers a Trojan horse that monitors for sensitive data in transmission. Putting the attack pieces together like building blocks expands the number of targets and increases the degree of damage.

A network has many different vulnerabilities, but all derive from an underlying model of computer, communications, and information systems security. Threats are raised against the key aspects of security: confidentiality, integrity, and availability, as shown in Table 7-4. 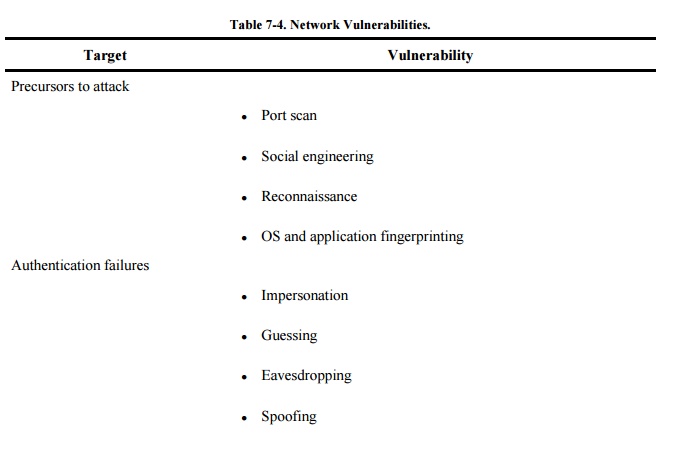 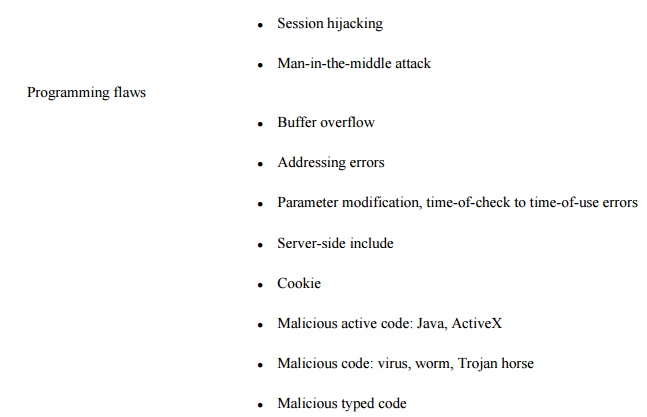 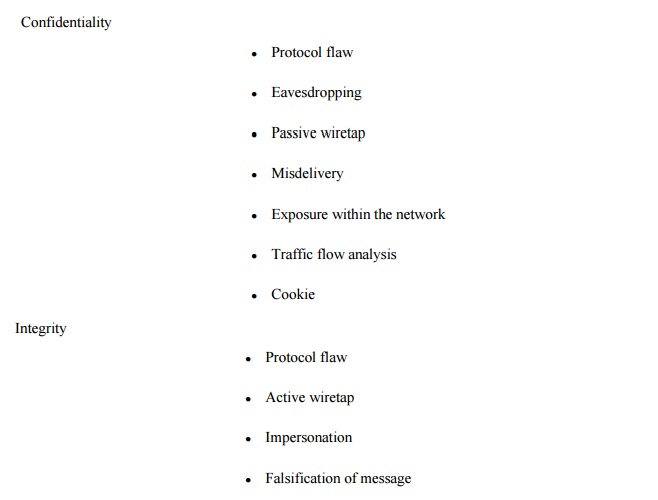