Essential minerals, including the trace elements, are inorganic elements 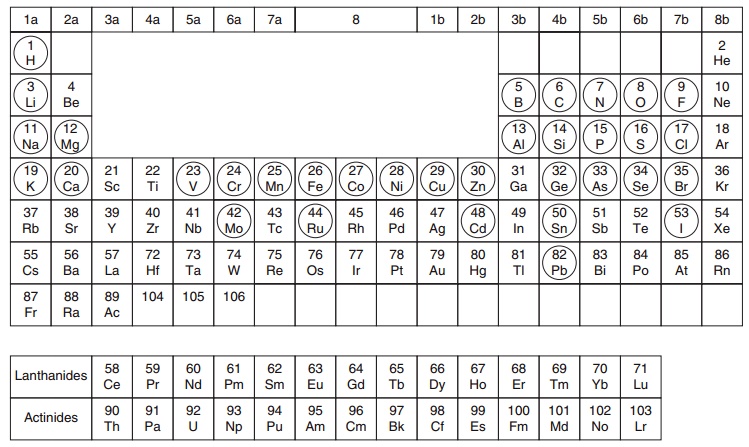 Figure 9.1 The periodic table of the elements. The widely accepted or putative essential elements are encircled.

It has been proposed that the environment (most probably in the primordial sea around hydrothermal vents) in which living organisms evolved was a primary determinant of which elements became essential for life by providing structural integrity and catalytic ability to the first complex organic mole-cules. As life evolved from the oceans on to land, a natural selection process may have resulted in some elements becoming relatively more important because of superior catalytic abilities over other elements. In any event, the uneven distribution of elements in a land-based environment meant that efficient homeo-static mechanisms had to be in place to conserve essential elements and to eliminate excesses of essen-tial and nonessential elements. The processes of absorption from the gastrointestinal tract and excre-tion with body fluids, therefore, are major ways in which the concentration and amount of an element can be controlled in the body. In addition, storage in inactive sites or in an unreactive form can prevent an element from causing adverse effects in the body, and release from storage can be important in times of dietary insufficiency.

All elements have the potential to cause toxic symp-toms, whereas some, the known essential elements in Figure 9.1, have the potential to cause deficiency symptoms. Even so, deficiencies of only four of these inorganic elements are known to be prevalent in human populations. Two of these deficiencies, iodine and iron, are widespread in human populations whereas the other two, zinc and selenium, only occur in some population groups under specially defined conditions. Overt clinical signs of deficiency of any of the other inorganic elements are exceptional in humans and mainly occur secondary to other clinical conditions. Such observations do not preclude the possibility that suboptimum status of the great major-ity of the elements indicated in Figure 9.1 is impor-tant in human nutrition. Indeed, there is an increasing awareness of the potential role of suboptimal as well as supraoptimal nutritional status of minerals and trace elements in the development of degenerative age-related diseases, such as coronary heart disease, cancer, and osteoporosis. Moreover, other elements, which currently have no published dietary recom- mendations but are highlighted in Figure 9.1, might prove to be essential for the optimum health and well-being of humans.

Major constraints to the elucidation of the poten-tial roles of minerals and trace elements in the onset of degenerative diseases include difficulties in assess-ing status, and thereby defining requirements, and myriad interactions among minerals and other nutri-ent and nonnutrients in the diet. Sometimes, natural experiments of genetic disorders can throw light on the potential roles of minerals in disease processes and these will also be discussed as appropriate in the following sections.