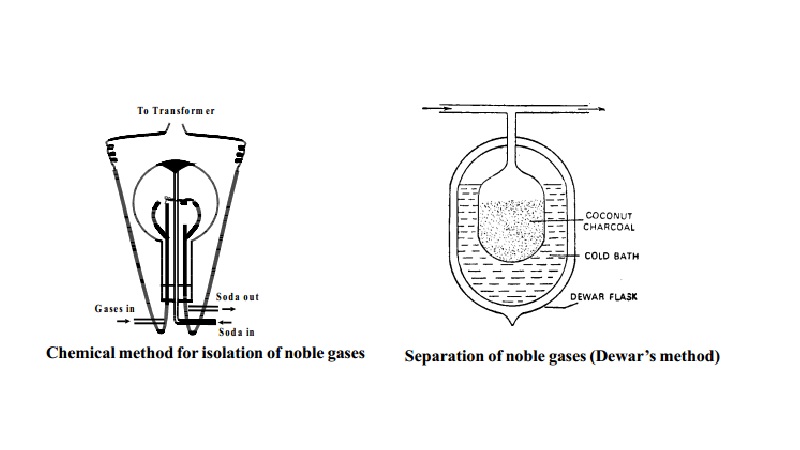 The first step in this method is to isolate the noble gases mixed together, from the atmosphere by passing repeated electric sparks in air so as to remove nitrogen and oxygen as nitrogen dioxide (N2 + 2O2 Û 2NO2 ). The second step 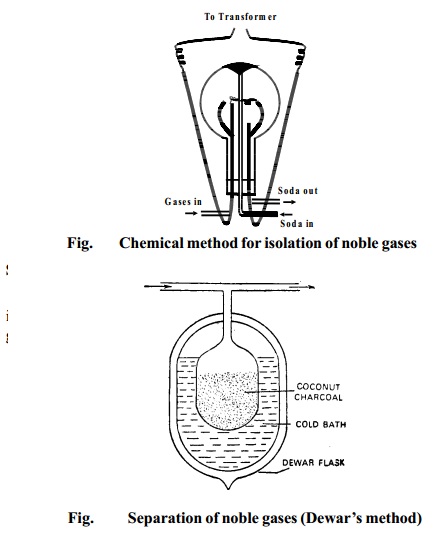