When Light is incident on a photodiode, an internal voltage is generated, it causes the current floe through internal circuit even though no external source is applied. This generated EMF is proportional to the frequency and intensity of the incident light.

2.     Mention the applications of DIAC, SCR, LED and photoconductive cell.

1.     It is used as a trigger device in TRAIC power control system.

3.     It is used in Heater control circuits

4.     It is used for Speed control of universal motor.

1. It can be used as a speed controller in DC and AC motors.

3. It can be used as a converter

4. It is used in battery chargers.

5. It is used for phase control and heater control.

6. It is used in light dimming control circuits.

1.     It is used in optical switching application.

2.     It is used in seven segment and dot matrix displays.

3.     It is used in the field of optical communication.

4.     It is used in Digital watches and calculators.

1.     To measure the intensity of illumination.

3.     As a volume controls that is itself controlled by light control. 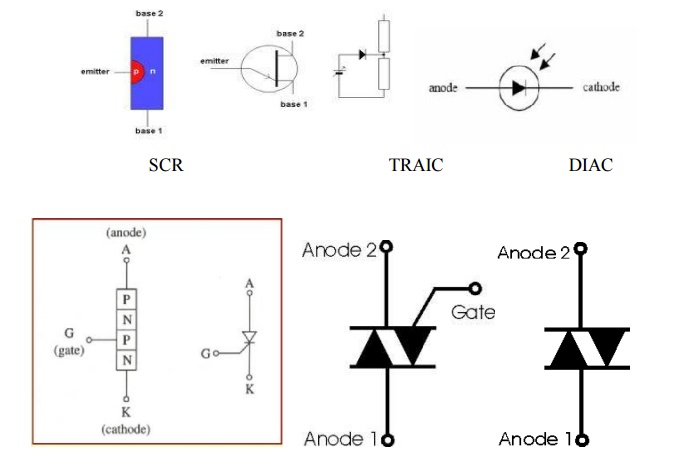 6.  Define holding current of SCR and draw the two transistor model of SCR.

Holding current is defined as the minimum value of anode current to keep the SCR ON.

Photodiode :It is a light sensitive device used to convert light signal into electrical signal. It is also 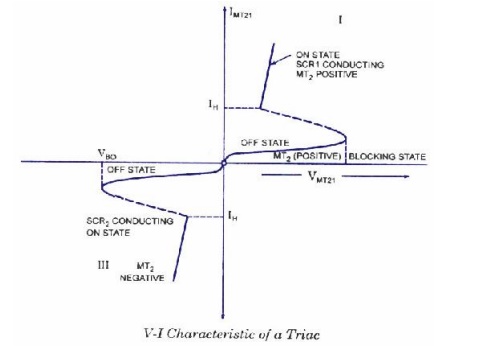 11. What is meant by negative resistance region of UJT?

12. Mention the applications of UJT.

1. It is used in timing circuits

2. It is used in switching circuits

3. It is used in phase control circuits

4. It can be used as trigger device for SCR and triac.

5. It is used in saw tooth generator.

6. It is used for pulse generation.

between metal and the semiconductor. Ohmic contact acts as contact between any semiconductor device and outside world.

14. What does UJT stands for? Justify the name UJT.

15. What is inter base resistance of UJT?

RB1- resistance of silicon bar between B1 and emitter junction.

RB2 - resistance of silicon bar between B2 and emitter junction

17. What is backward diode?

The backward diode is a diode in which the doping level is moderate. The forward current in this case is very small, very much similar to that of the reverse current in the conventional diode.

TRIAC is a three terminal bidirectional semiconductor switching device. It can conduct in both the directions for any desired period. In operation it is equivalent to two SCR‟s connected in antiparallel.

20. Give the application of TRIAC.

DIAC is a two terminal bidirectional semiconductor switching device. . It can conduct in

either direction depending upon the polarity of the voltage applied across its main terminals. In operation DIAC is equivalent to two 4 layer diodes connected in anti parallel.

23. Give some applications of DIAC.

device that acts as a true electronic switch. It is a unidirectional device. It converts alternating current into direct current and controls the amount of power fed to the load.

25. Define break over voltage of SCR.

Break over voltage is defined as the minimum forward voltage with gate open at which the SCR starts conducting heavily.

26. Why SCR cannot be used as a bidirectional switch.

SCR can do conduction only when anode is positive with respect to cathode with proper gate current. Therefore, SCR operates only in one direction and cannot be used as bidirectional switch.

·        By increasing the voltage across SCR above forward break over voltage.

·        By rapidly increasing the anode to cathode voltage.

·        By reversing the polarity of anode to cathode voltage.

·        By reducing the current through the SCR below holding current.

Holding current is defined as the minimum value of anode current to keep the SCR ON.

·        It has no moving parts, therefore it gives noiseless operation.

The ability of SCR to remain conducting even when the gate signal is removed is called as latching.

Forward current rating of a SCR is the maximum anode current that it can handle without destruction.

triggered by positive pulse at gate

triggered by pulse of positive or negative at gate

It has two PN junctions

It has only one PN junctions 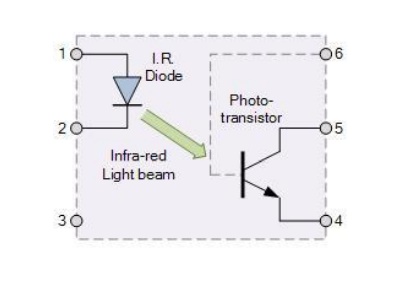