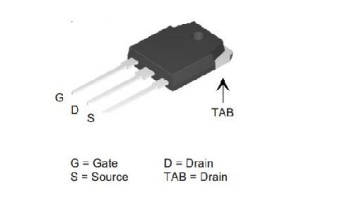 A metal-oxide-semiconductor field-effect transistor(MOSFET) is developed by combining the areas of field-effect concept and MOS technology.The Conventional planar MOSFET has the restriction of handling the high power. In high power applications, the Double-diffused vertical MOSFET or VMOS is used which is simply known as Power MOSFET.

·        The gate is electrically isolated from the source, and while this provides the MOSFET with its high input impedance, it also forms a good capacitor.

·        MOSFETs do not have secondary breakdown area, their drain to source resistance has a positive temperature coefficient, so they tend to be self protective.

·        It has very low ON resistance and no junction voltage drop when forward biased. These features make MOSFET an extremely attractive power supply switching device.

·        The P type middle layer is called as body of MOSFET. In this region , the channel is formed between source and drain.

·        The n- layer is called as drift region,which determines the breakdown voltage of the device. This n- region is present only in Power MOSFETs not in signal level MOSFET.

·        The gate terminal is isolated from body by silicon dioxide layer.

·        When the positive gate voltage is applied with respect to source, the n-type channel is formed between source to drain. As shown in the figure 5.20 there is a parasitic npn BJT between source and drain.

·        To avoid this BJT turns on, the p-type body region is shorted to source region by overlapping the source metallization on to the p type body. The result is a parasitic diode which is formed between drain to source terminals. This integral diode plays an important role in half and full bridge converter circuits. 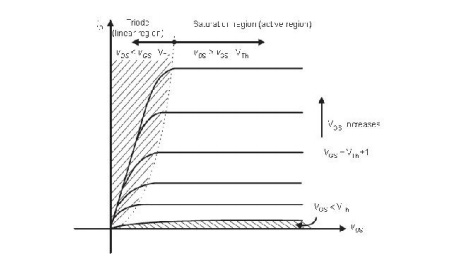