Gram equivalent mass of an element, compound or ion is the mass that combines or displaces 1.008 g hydrogen or 8 g oxygen or 35.5 g chlorine.

Mass of zinc required to displace 1.008 g hydrogen is

It is not always possible to apply the above mentioned definition which is based on three references namely hydrogen, oxygen and chlorine, because we can not conceive of reactions involving only with those three references. Therefore, a more useful expression used to calculate gram equivalent mass is given below.

On the basis of the above expression, let us classify chemical entities and find out the formula for calculating equivalent mass in the table below. 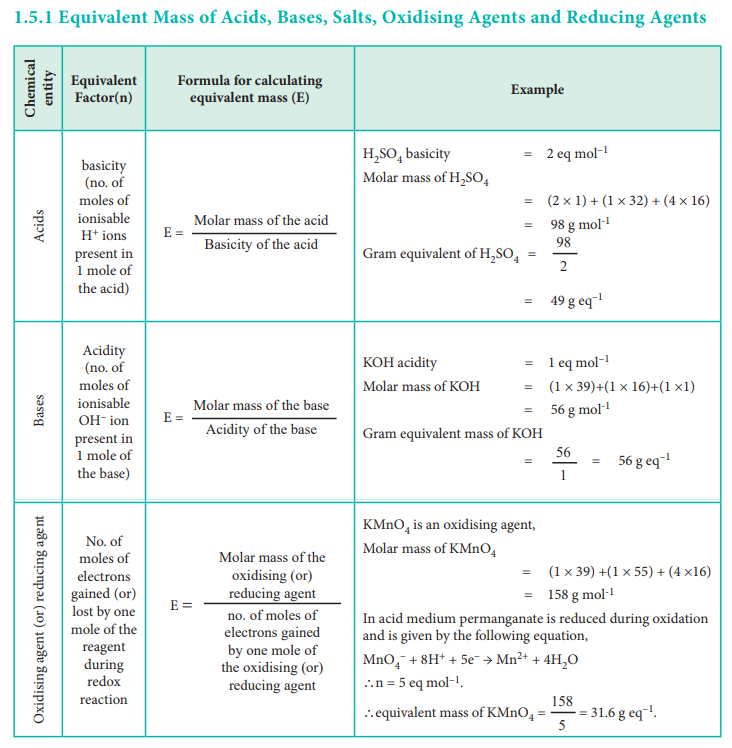 If we know the equivalent mass of KMnO4 and anhydrous ferrous sulphate, without writing balanced chemical reaction we can straightaway say that 31.6 g of KMnO4 reacts with 152 g of FeSO4 using gram equivalent concept.

The same can be explained on the basis of mole concept. The balanced chemical equation for the above mentioned reaction is