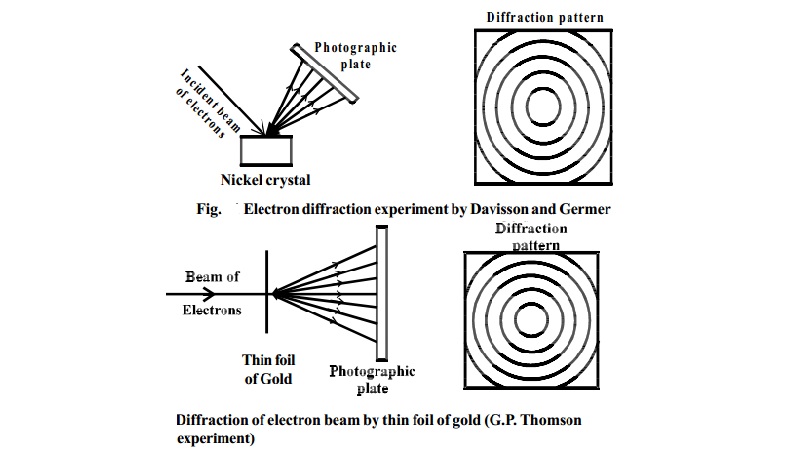 a)        Verification of Wave character

In 1927 Davisson and Germer observed that, a beam of electrons obtained from a heated tungsten filament is accelerated by using a high positive potential. When this fine beam of accelerated electron is allowed to fall on a large single crystal of nickel, the electrons are scattered from the crystal in different

diffraction experiment by Davisson and Germer

From the above discussion, it is clear that an electron behaves as a wave.

G.P. Thomson in 1928 performed experiments with thin foil of gold in place of nickel crystal. He observed that if the beam of electrons after passing through the thin foil of gold is received on the photographic plate placed perpendicular to the direction of the beam, a diffraction pattern is observed as before (Fig.). This again confirmed the wave nature of electrons. 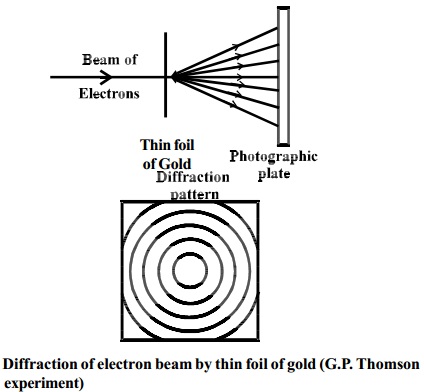 b)       Verification of the particle character

The particle character of the electron is proved by the following different experiments:-