1. The rate of increase in the number of bacteria in a certain bacteria culture is proportional to the number present. Given that the number triples in 5 hours, find how many bacteria will be present after 10 hours? 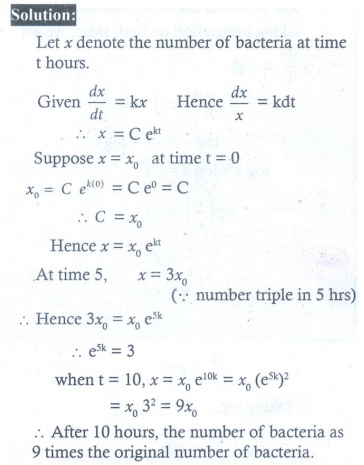 5. Suppose a person deposits ₹10,000 in a bank account at the rate of 5% per annum compounded continuously. How much money will be in his bank account 18 months later?

(i) The temperature of water after 20 minutes 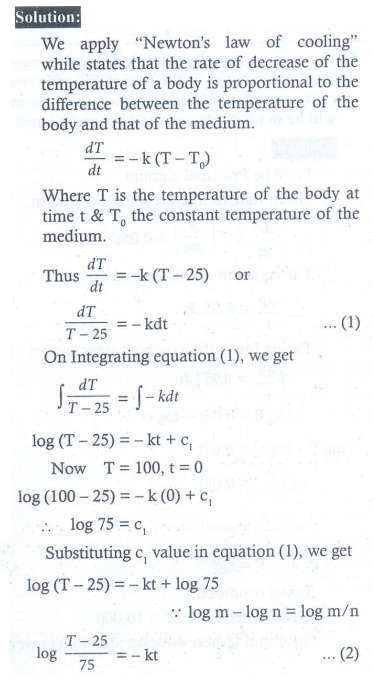 8. At 10.00 A.M. a woman took a cup of hot instant coffee from her microwave oven and placed it on a nearby Kitchen counter to cool. At this instant the temperature of the coffee was 180º F, and 10 minutes later it was 160º F . Assume that constant temperature of the kitchen was 70 º F .

9. A pot of boiling water at 100 º C is removed from a stove at time t = 0 and left to cool in the kitchen. After 5 minutes, the water temperature has decreased to 80 º C , and another 5 minutes later it has dropped to 65 º C . Determine the temperature of the kitchen. 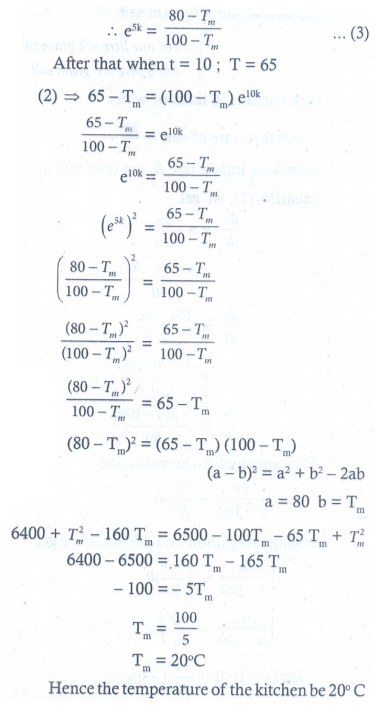 10. A tank initially contains 50 litres of pure water. Starting at time t = 0 a brine containing with 2 grams of dissolved salt per litre flows into the tank at the rate of 3 litres per minute. The mixture is kept uniform by stirring and the well-stirred mixture simultaneously flows out of the tank at the same rate. Find the amount of salt present in the tank at any time t > 0 . 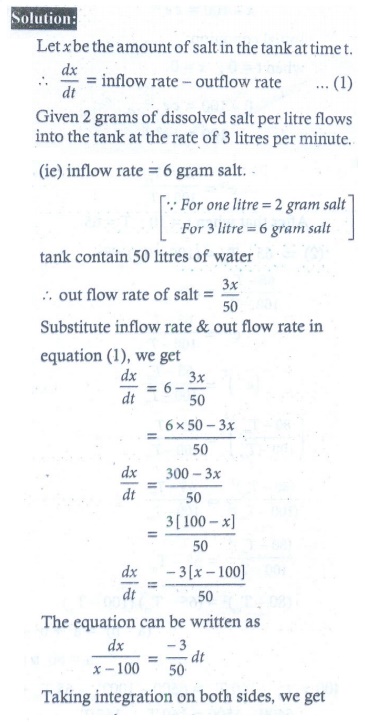