A biologist would like to analyse the changes that take place in the number of individuals in an animal population or plant population at any time; he would also want to know the rate at which blood flows through a blood vessel, such as a vein or artery and the part of the vessel / artery in which this flow is lowest or highest.

An economists also studies marginal demand, marginal revenue, and marginal profit, which are drawn from rates of change (that is, derivatives) of this demand, revenue and profit functions. 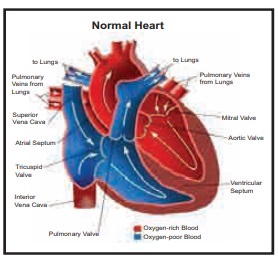 A geologist is interested in knowing the rate at which an intruded body of molten rock cools by conduction of heat into surrounding rocks. An engineer wants to know the rate at which water flows into or out of a reservoir. An urban geographer is interested in the rate of change of population density in a city with the expansion of the city. A meteorologist is concerned with the rate of change of atmospheric pressure with respect to height.

In psychology, those interested in learning theory, study the so called learning curve, which graphs the performance of someone learning a skill as a function of the training time. Of particular interest is the rate at which performance improves as time passes. 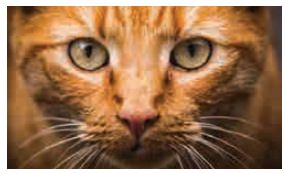 When we enter a darkened room, our eyes adjust to the reduced level of light by increasing the size of our pupils, allowing more light to enter the eyes and making objects around us easier to see. By contrast, when we enter a brightly lit room, our pupils contract, reducing the amount of light entering the eyes, as too much light would overload our visual system. Researchers study such mechanisms based on limits. 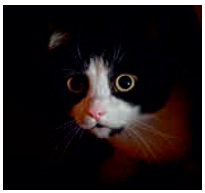 Velocity, density, current, power and temperature gradient in physics; rate of reaction and compressibility in chemistry, rate of growth and blood velocity in biology; marginal cost and marginal profit in economics; rate of heat flow in geology; rate of improvement of performance in psychology – these are all cases of a single mathematical concept, the derivative.

This is an illustration of the fact that part of the power of mathematics lies in its abstractness. A single abstract mathematical concept (such as derivatives) can have different interpretations in each of the sciences. When we develop the properties of the mathematical concept, we can then apply these results to all of the sciences. This is much more efficient than developing properties of special concepts in each separate science.

One of the greatest creations of the ancient past was Euclidean geometry. This monumental work was not matched in importance until the discovery of calculus almost two thousand years later.

Calculus was created independently in England by Sir Isaac Newton (1642 - 1727) and in Germany by Gottfried Wilhelm Leibnitz (1646 - 1716) in the last quarter of the seventeenth century.

Newton’s interest in mathematics began with his study of two of the great books on mathematics at that time: Euclid’s Elements and Descartio La Geometric. He also became aware of the work of the great scientists who preceded him, including Galileo and Fermat.

By the end of 1664, Newton seemed to have mastered all the mathematical knowledge of the time and had begun adding substantially to it. In 1665, he began his study of the rates of change or flexions, of quantities, such as distances or temperatures that varied continuously. The result of this study was what we today call differential calculus. All who study mathematics today stand on Isaac Newton’s shoulders.

Many of Leibnitz’s mathematical papers appeared in the journal ‘Acta Eruditorum’ which he cofounded in 1682. This journal contained his work on calculus and led to the bitter controversy with Newton over who first discovered calculus. Leibnitz was the first to publish the important results on calculus and was the first to use the notation that has now become standard. 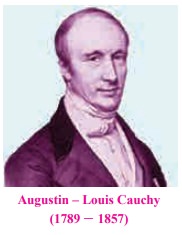 Augustin-Louis Cauchy (1789 - 1857), born in Paris in 1789 is considered to be the most outstanding mathematical analyst of the first half of the nineteenth century. Cauchy made many contributions to calculus. In his 1829 text book ‘Lecons le calcul differential’, he gave the first reasonably clear definition of a limit and was the first to define the derivative as the limit of the difference quotient,

Karl Weierstrass (1815-1897), a German mathematician gave the precise definition (∈ − δ definition) of the concepts of limit, continuity and differentiability.

Calculus is the mathematics of ratio of change of quantities. It is also the mathematics of tangent lines, slopes, areas, volumes, arc lengths, centroids, curvatures and a variety of other concepts that have enabled scientists, engineers and economists to model real-life situations.

Each of these situations involves the same general strategy, the reformulation of pre calculus mathematics through the use of a limit process. So, one way to answer the question ‘What is calculus?’ is to say that calculus is a ‘limit machine’ that involves three stages. The first stage is pre calculus mathematics such as the slope of a line or the area of a rectangle. The second stage is the limit process and the third stage is a new calculus formulation, such as a derivative or integral.

It is cautioned that those who try to learn calculus as if it were simply a collection of new formulae rather than as a process, will miss a great deal of understanding, self-confidence and satisfaction.