To define vector product between two vectors, we need the concept of right handed and left handed system.

To define vector product between two vectors, we need the concept of right handed and left handed system.

and bend our fingers around in the direction of rotation from

(through an angle  less than 180º ), our thumb will point in the direction of

will point in the direction opposite to

We may also say that if

is rotated into the direction of 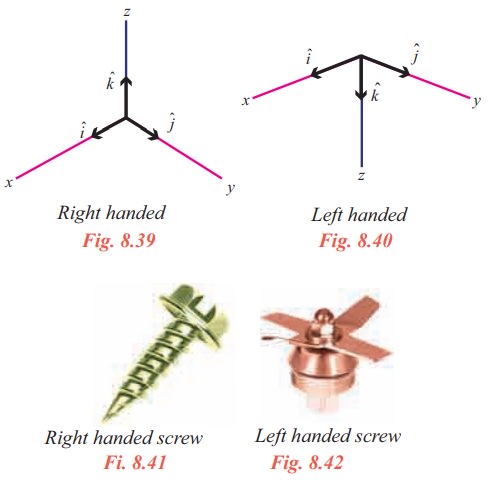 and is defined as 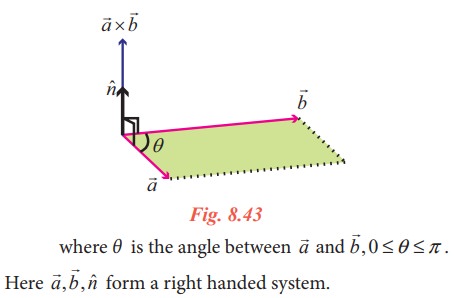 The resultant is a vector with magnitude |

| sinθ and has the direction nˆ.

is a vector perpendicular to both

is normal to the plane containing

(i) Note that the order of the vectors is very important to decide the direction of nˆ .

(ii) Since the resultant is a vector, this product is named as vector product. Again, we use the symbol cross ‘×’ to define such a product and hence it has another name cross product.

Construct a parallelogram OACB with 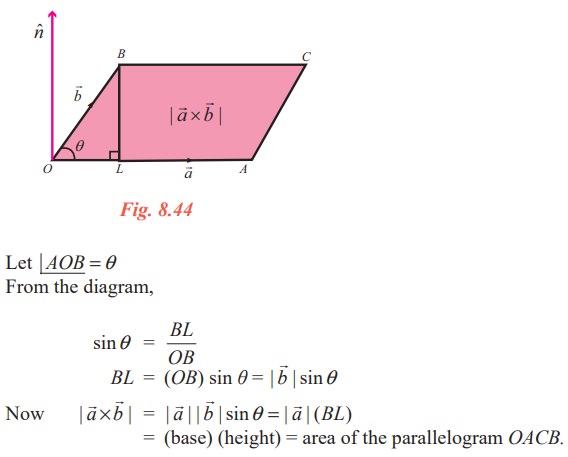 is a vector whose magnitude is the area of the parallelogram, having

| = area of the parallelogram whose adjacent sides are

The area of any triangle whose two sides are

(i)  Vector product is non-commutative 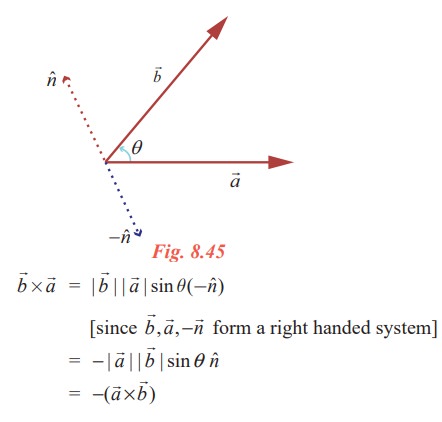 (ii) If two vectors are collinear or parallel then

(iii) For any two non-zero vectors

(iv) With usual meaning of iˆ , jˆ and kˆ (they form a right handed system), the following results are obtained. 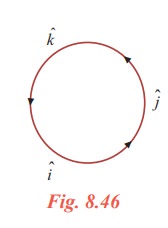 It is clear that, 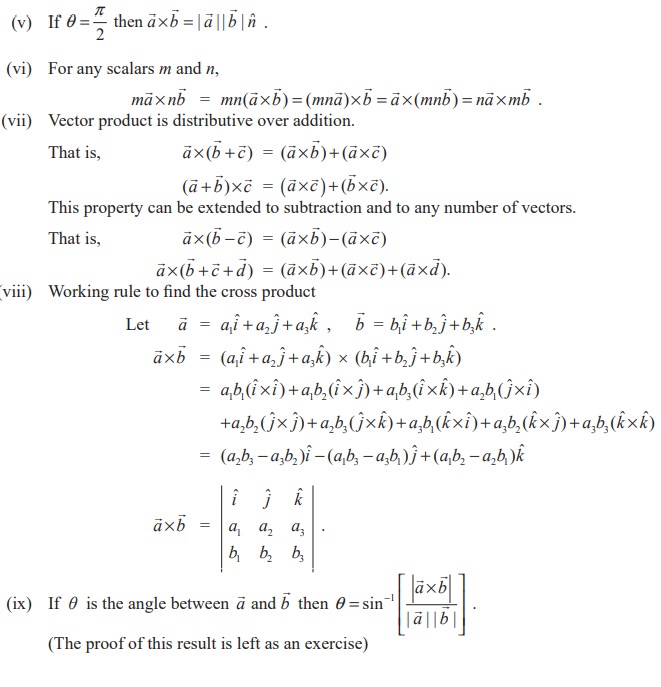 In this case θ is always acute. Thus, if we try to find the angle using vector product, we get only the acute angle. Hence in problems of finding the angle, the use of dot product is preferable since it specifies the position of the angle θ .

(x) The unit vectors perpendicular to both

Vectors of magnitude λ, perpendicular to both 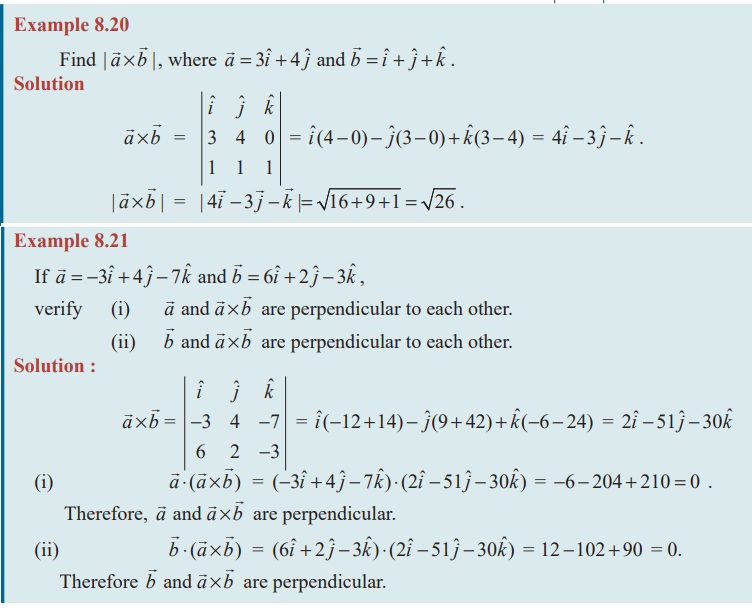 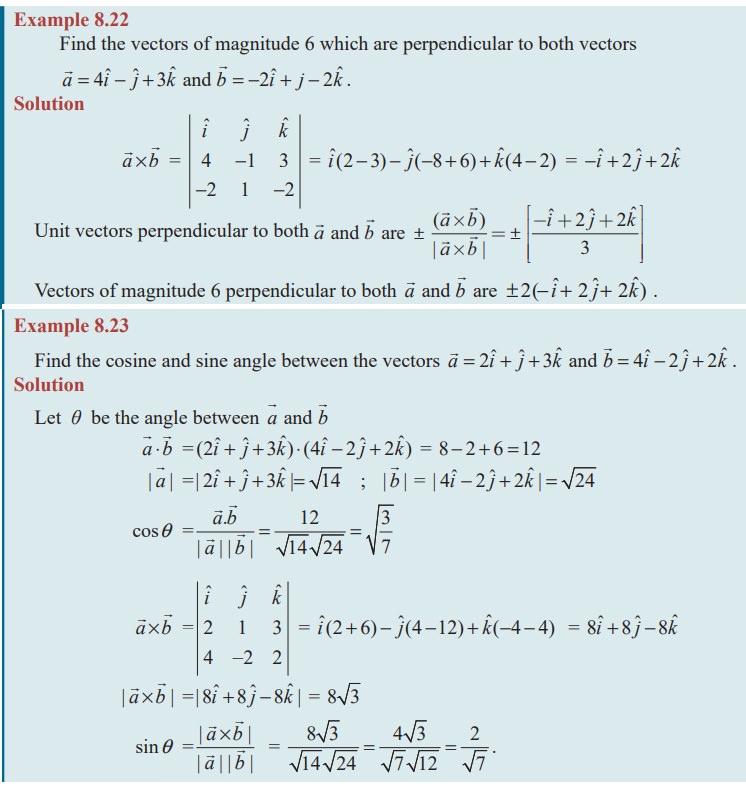 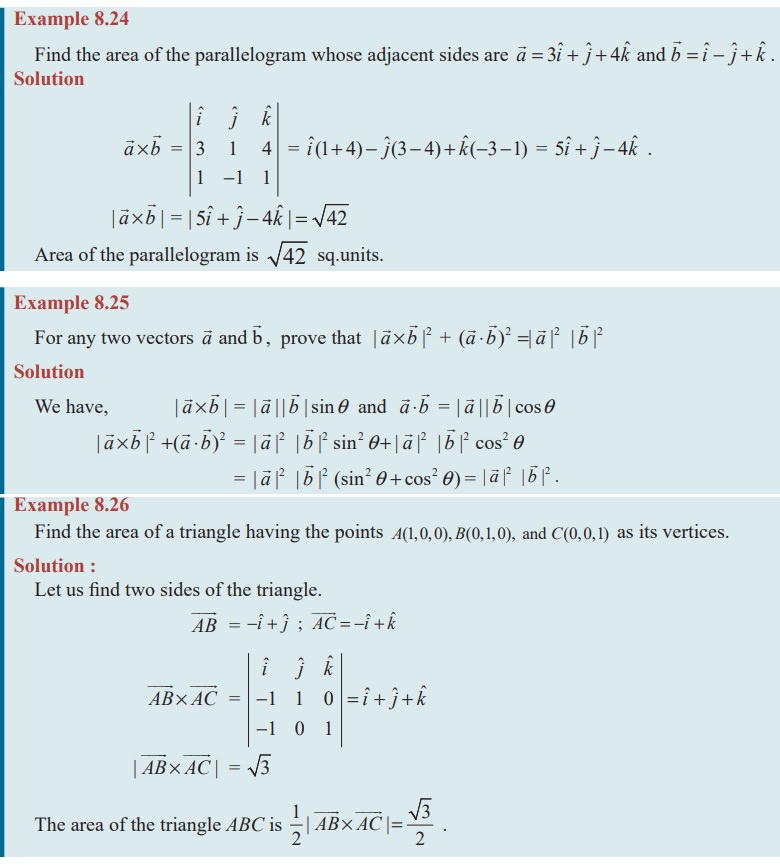 , one can take any two sides. 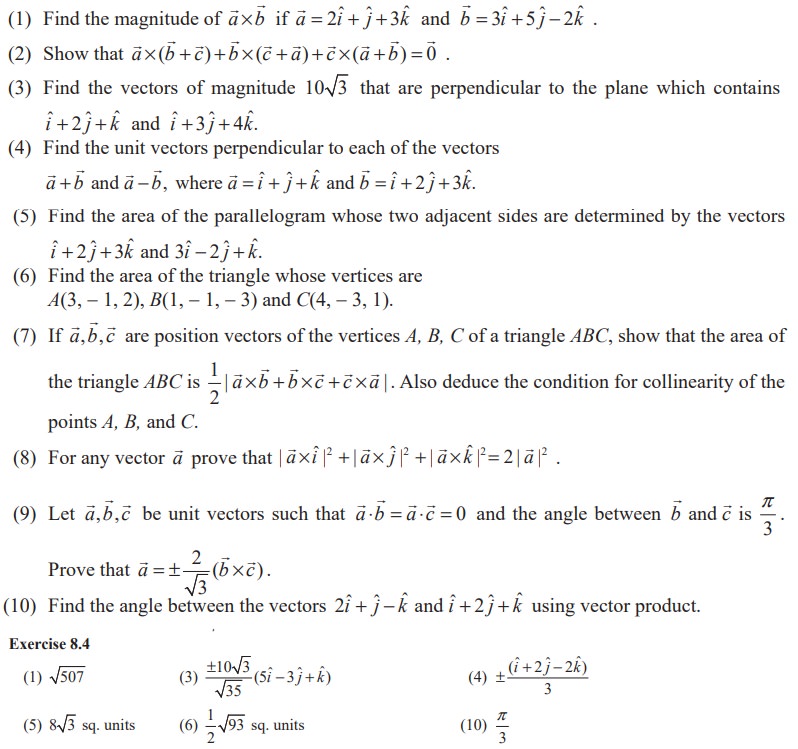