The calculation of limits

The notion of a limit, which we will discuss extensively in this chapter, plays a central role in calculus and in much of modern mathematics.

The calculation of limits

The notion of a limit, which we will discuss extensively in this chapter, plays a central role in calculus and in much of modern mathematics. However, although mathematics dates back over three thousand years, limits were not really understood until the monumental work of the great French mathematician Augustin – Louis Cauchy and Karl Weierstrass in the nineteenth century, the age of rigour in mathematics.

In this section we define limit and show how limits can be calculated.

That is, as x approaches 2 from either the left (values lower than 2) or right (values higher than

2) the functional values f(x) are approaching 7 from either side; that is, when x is near 2, f(x) is near 7. The above situation is described in a condensed form: 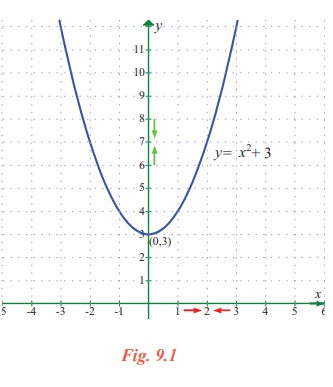 The figure in Fig. 9.1 explains the geometrical significance of the above discussion of the behaviour of f(x) = x2 + 3 as x → 2.

Next, let us look at the rational function f(x) =

The domain of this function is R \ {-4}. Although f(- 4) is not defined, nonetheless, f(x) can be calculated for any value of x near - 4 because the symbol 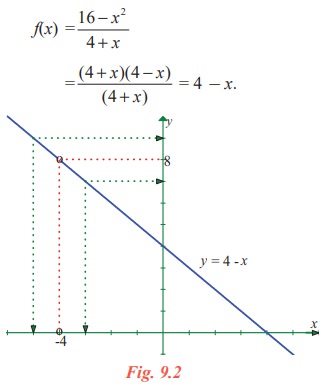 Now let us consider a function different from Illustrations 9.1 and 9.2. 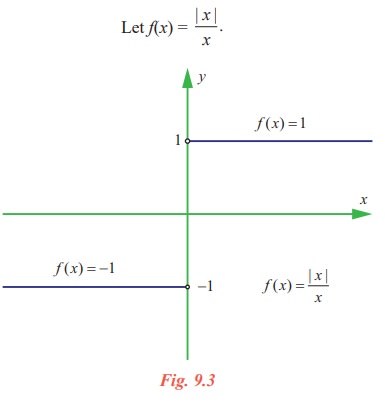 This means that the limit does not exist. Of course, for any other value of x, there is a limit.

are different as x gets sufficiently close to 0. In the light of these observations we have the intuitive notion of limit as in

The following (Fig 9.4 and 9.5) graphs depict the above narrations. 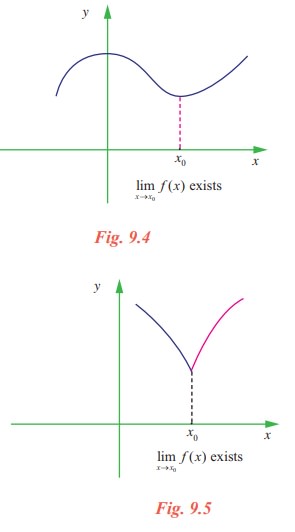