Sandwich theorem is also known as squeeze theorem. As shown in the figure 9.27, if f(x) is ‘squeezed’ or ‘sandwiched’ between g(x) and h(x) for all x close to x0, and if we know that the functions g and h have a common limit l as x → x0 , it stands to reason that f also approaches l as x → x0 . 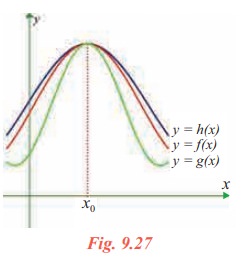 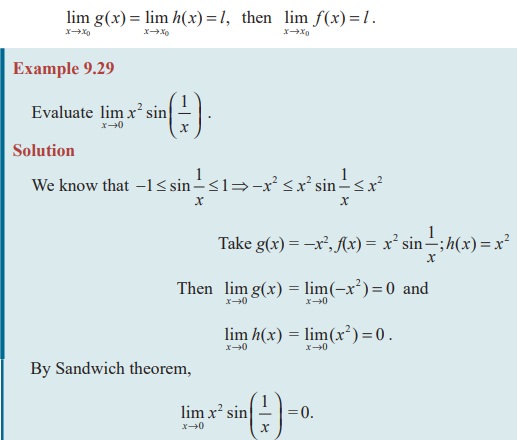 We could have wrongly concluded had we resorted to applying the limit theorems, namely 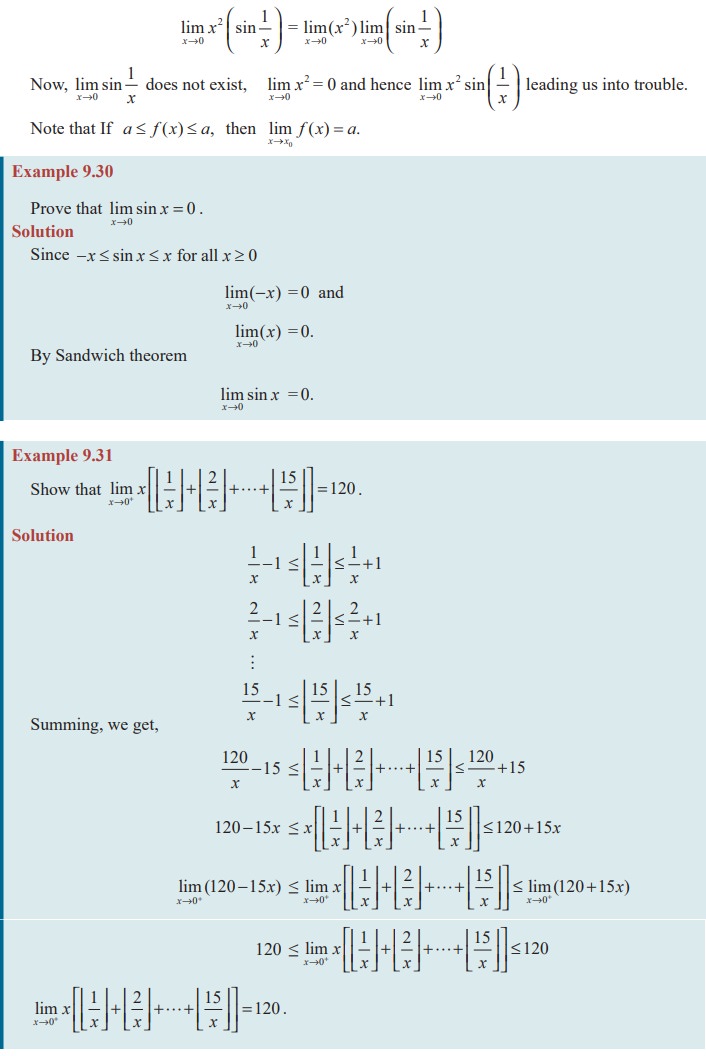