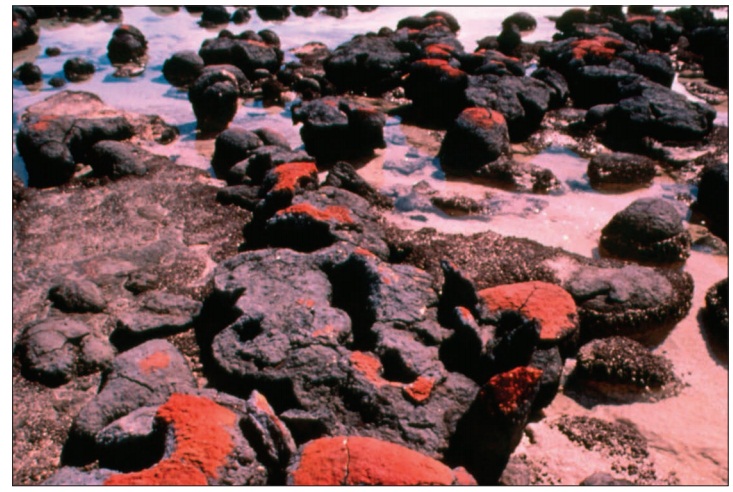 In hereditary symbiosis, a larger host cell contains a genetically determined number of smaller organisms. An example is the protist Cyanophora paradoxa, a eukaryotic host that contains a genetically determined number of cyanobacteria (blue-green algae). This relationship is an example of endosymbiosis, because the cyanobacteria are contained within the host organism. The cyanobacteria are aerobic prokaryotes and are capable of photosynthesis (Figure 1.22). The host cell gains the products of photosynthesis; in return, the cyanobacteria are protected from the environment and still have access to oxygen and sunlight because of the host’s small size. In this model, with the passage of many gen-erations, the cyanobacteria would have gradually lost the ability to exist inde-pendently and would have become organelles within a new and more complex type of cell. Such a situation in the past may well have given rise to chloroplasts, which are not capable of independent existence. Their autonomous DNA and their apparatus for synthesizing ribosomal proteins can no longer meet all their needs, but the fact that these organelles have their own DNA and are capable of protein synthesis suggests that they may have existed as independent organ-isms in the distant past. 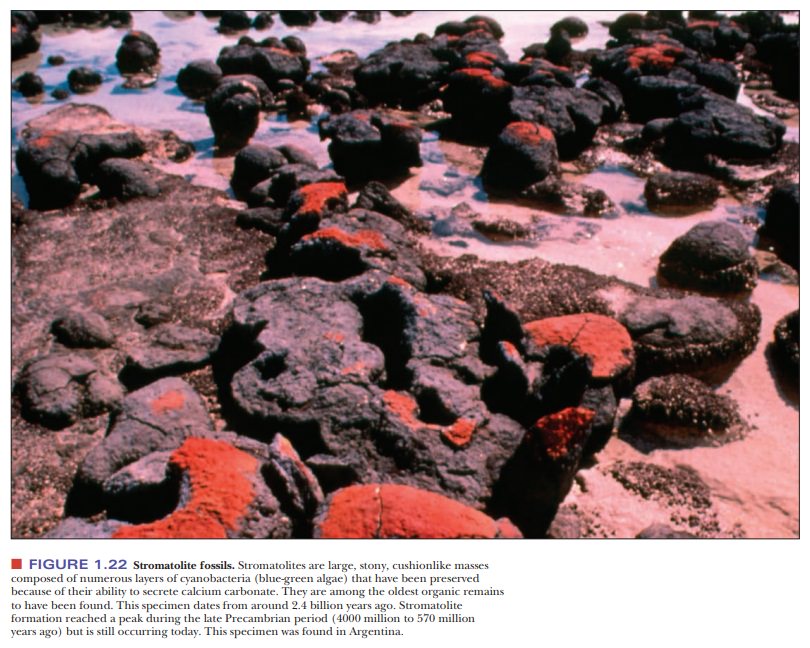 A similar model can be proposed for the origin of mitochondria. Consider this scenario: A large anaerobic host cell assimilates a number of smaller aerobic bacteria. The larger cell protects the smaller ones and provides them with nutrients. As in the example we used for the development of chloroplasts, the smaller cells still have access to oxygen. The larger cell is not itself capable of aerobic oxidation of nutrients, but some of the end products of its anaerobic oxidation can be further oxidized by the more efficient aerobic metabolism of the smaller cells. As a result, the larger cell can get more energy out of a given amount of food than it could without the bacteria. In time, the two associated organisms evolve to form a new aerobic organism, which contains mitochon-dria derived from the original aerobic bacteria.

The fact that both mitochondria and chloroplasts have their own DNA is an important piece of biochemical evidence in favor of this model. Additionally, both mitochondria and chloroplasts have their own apparatus for synthesis of RNA and proteins. The genetic code in mitochondria differs slightly from that found in the nucleus, which supports the idea of an independent origin. Thus, the remains of these systems for synthesis of RNA and protein could reflect the organelles’ former existence as free-living cells. It is reasonable to conclude that large unicellular organisms that assimilated aerobic bacteria went on to evolve mitochondria from the bacteria and eventually gave rise to animal cells. Other types of unicellular organisms assimilated both aerobic bacteria and cya-nobacteria and evolved both mitochondria and chloroplasts; these organisms eventually gave rise to green plants.

The proposed connections between prokaryotes and eukaryotes are not established with complete certainty, and they leave a number of questions unanswered.

Still, they provide an interesting frame of reference from which to consider evolution and the origins of the reactions that take place in cells.