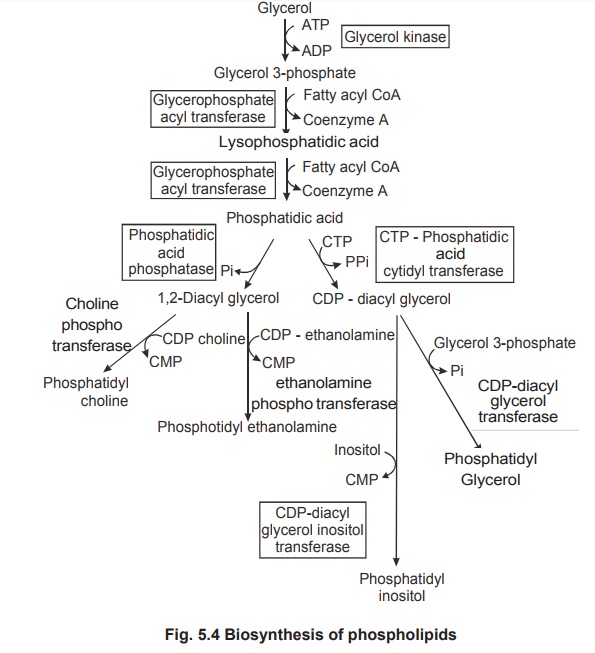 All tissues synthesize phospholipids, but at different rates. 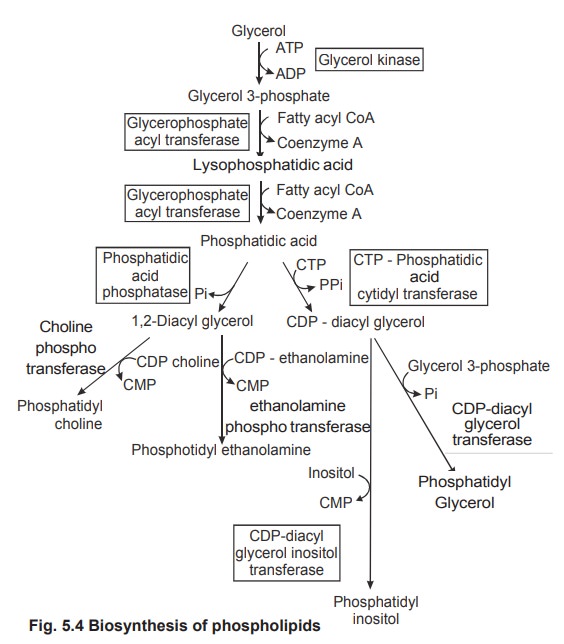 Lecithins are otherwise called as phosphatidyl choline. The choline component of lecithins is derived by the stepwise methylation of ethanolamine which in turn is formed by the decarboxylation of serine. Serine is derived from the pathways of both carbohydrate and protein metabolism as shown below. 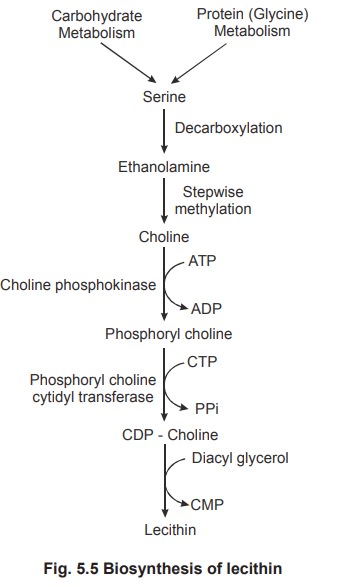 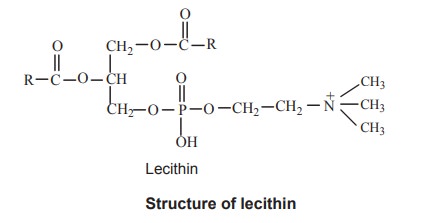 2.  Degradation of phospholipids by enzymes

Degradation of phospholipids are effectively catalysed by a group of hydrolytic enzymes known as phospholipases. Phospholipases are classified into four major types namely phospholipase A1,A2, C and D. The classification is based on their cleavage specificity.

Lecithinases are specific enzymes which hydrolyse lecithins to form free fatty acids, glycerol, phosphoric acid and choline. A lecithinase in cobra venom readily split off an unsaturated fatty acid in lecithin producing “lysolecithin”. As the name implies, lysolecithin is a potent red blood cell hemolysing agent. This is the explanation of the toxicity of snake venom, bee-sting and certain poisonous spiders.