Biosynthesis of fatty acids occurs in all organisms and in mammals it occurs mainly in adipose tissue, mammary glands, and liver.

1.           Biosynthesis of fatty acids occurs in all organisms and in mammals it occurs mainly in adipose tissue, mammary glands, and liver. 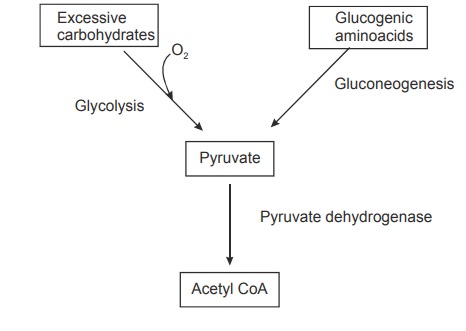 The synthesis of fatty acid from acetyl CoA takes place with aid of a multi-enzyme complex termed as fatty acid synthetase complex. Palmitic acid is the major product of the fatty acids synthetase complex mediated reaction and hence it is also called as palmitate synthetase. It is a dimer with two identical subunits namely subunit-1 and subunit-2 arranged in a head to tail fashion. Each monomer of this enzyme complex contains seven enzymes; of these, each is assigned a definite function.

Migration of Acetyl CoA for the bio synthesis of Fatty acids 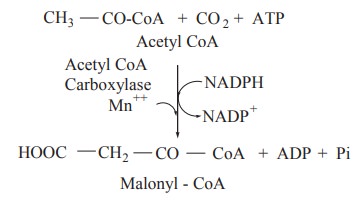 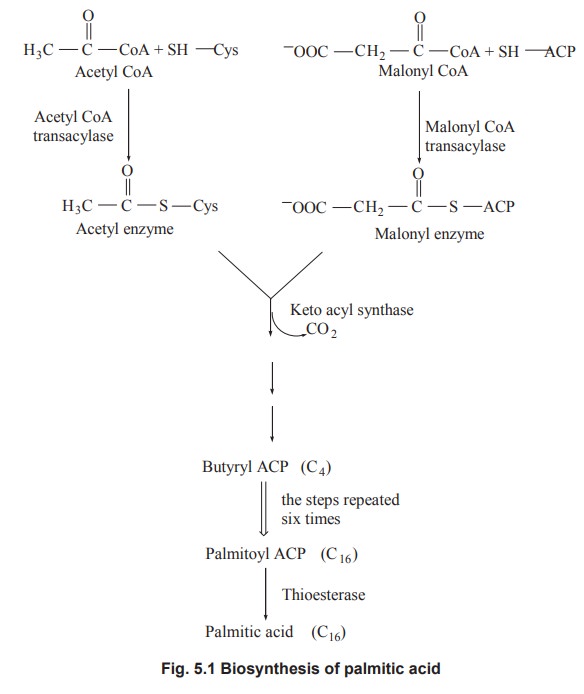 The malonyl CoA is converted to palmitic acid by several steps and each of these steps are catalysed by different enzymes of fatty acid synthetase complex.

Acetyl CoA and malonyl CoA condenses to form butyryl-ACP with the formation of intermediates. This cycle repeats itself six times and in each cycle two carbon atoms (malonyl CoA) is added to butyryl ACP, ultimately resulting in the formation of palmitoyl CoA, a 16 carbon molecule.