Adsorption isotherms represents the variation of adsorption at constant temperature.

Adsorption isotherms represents the variation of adsorption at constant temperature.

Adsorption isobars of physisorption and chemisorption are different as represented in the graphs. 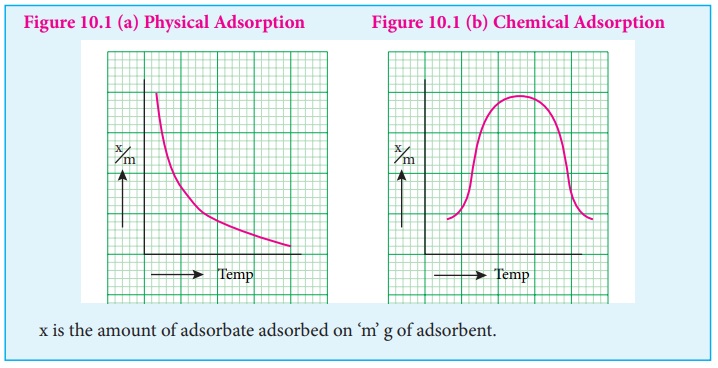 The decrease at high temperature is due to desorption, as the kinetic energy of the adsorbate increases.

In order to explain these isotherms various equations were suggested as follows:

where x is the amount of adsorbate, adsorbed on ‘m’ gm of adsorbent at a pressure of p. K and n are constant introduced by freundlich.

This equation is applicable for adsorption of gases on solid surfaces. The same equation becomes x/m = Kc1/n , when used for adsorption in solutions with c as concentration.

This equation quantitively predicts the effect of pressure(or concentration) on the adsorption of gases(or adsorbates) at constant temperature. 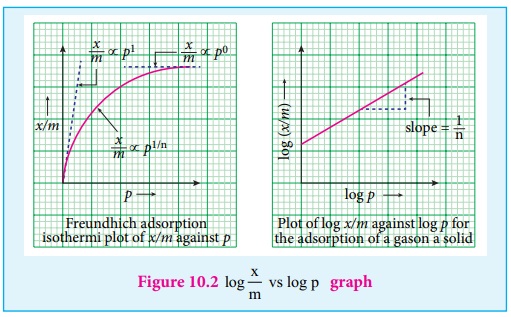 Hence the intercept represents the value of log k and the slope gives 1/ n.

This equation explains the increase of x/m with increase in pressure. But experimental values show the deviation at low pressure.

This equation is purely empirical and valid over a limited pressure range.

The values of constants k and n also found vary with temperature. No theoretical explanations were given.