Venation and its Types 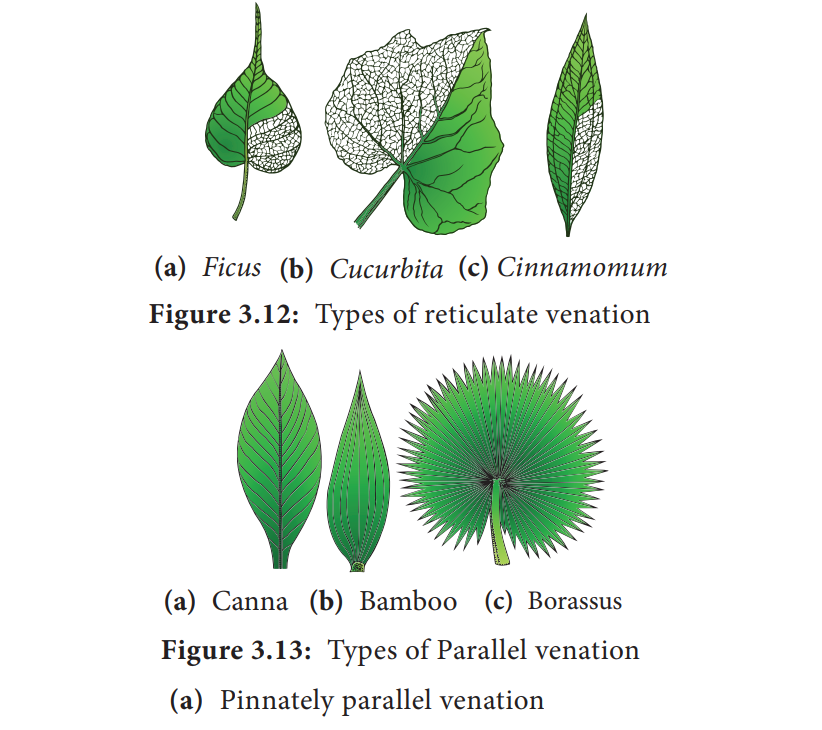 The arrangement of veins and veinlets on the leaf blade or lamina is called venation.

The arrangement of veins and veinlets on the leaf blade or lamina is called venation. Internally, the vein contains vascular tissues. Conventionally venation is classified into two types namely, Reticulate venation and Parallel venation.

1. Pinnately reticulate venation (unicostate): In this type of venation there is only one midrib in the centre which forms many lateral branches to form a network. Example: Mangifera indica, Ficus religiosa, Nerium.

i.               Divergent type: When all principal veins originate from the base and diverge from one another towards the margin of the leaf as in Cucurbita, Luffa, Carica papaya, etc., 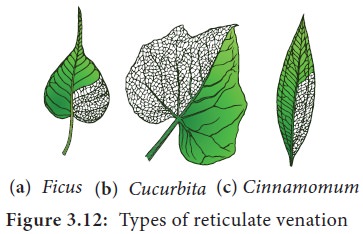 Veins run parallel to each other and do not form a prominent reticulum. It is a characteristic feature of monocot leaves. It is classified into two sub types.

When there is a prominent midrib in the center, from which arise many veins perpendicularly and run parallel to each other. Example: Musa, Zinger, Curcuma, Canna. 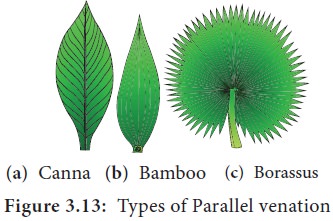 In this type several veins arise from the tip of the petiole and they all run parallel to each other and unite at the apex. It is of two sub types.

i. Divergent type: All principal veins originate from the base and diverge towards the margin, the margin of the leaf as in fan palm (Borassus flabelliformis)

ii. Convergent type: All principal veins run parallel to each other from the base of the lamina and join at the apex as in Bamboos, rice, water hyacinth.Rctcnngn"xgpcvcvkqp