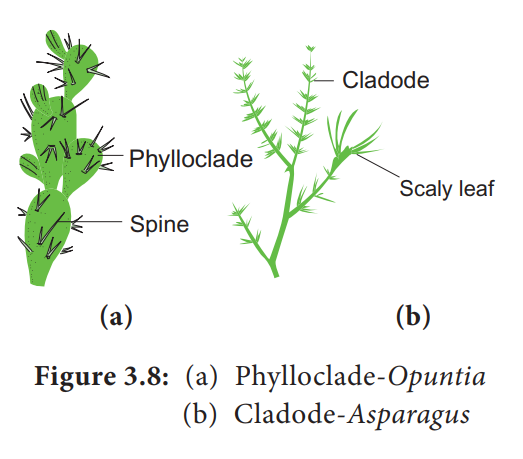 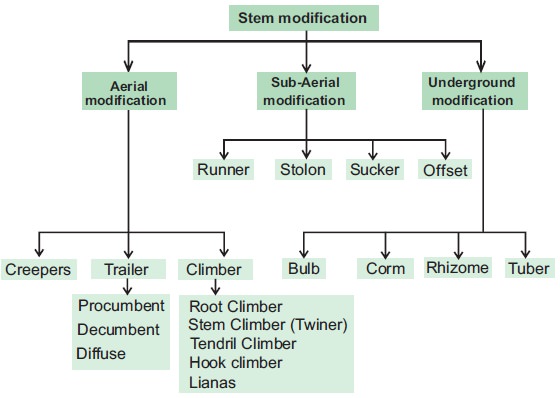 Tendrils are thread-like coiling structures which help the plants in climbing. Tendrils may be modifications of Stem – as in Passiflora, Vitis and Cissus quadrangularis; Inflorescence axis – Antigonon; Leaf – Lathyrus; Leaflets - Pisum sativum; Petiole – Clematis; Leaftip – Gloriosa; Stipules – Smilax. In pitcher plant (Nepenthes) the midrib of the leaf often coils around a support like a tendril and holds the pitcher in a vertical position. 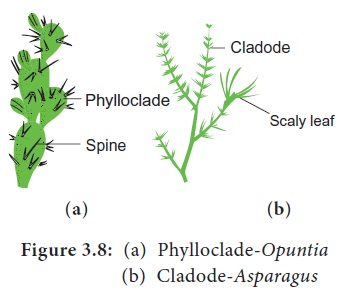