In recent years, there has been considerable effort, and some successes, in developing cryptanalytic attacks on hash functions. To understand these, we need to look at the overall structure of a typical secure hash function, and is the structure of most hash functions in use today, including SHA and Whirlpool.

The hash function takes an input message and partitions it into L fixed-sized blocks of b bits each. If necessary, the final block is padded to b bits. The final block also includes the value of the total length of the input to the hash function. The inclusion of the length makes the job of the opponent more difficult. Either the opponent must find two messages of equal length that hash to the same value or two messages of differing lengths that, together with their length values, hash to the samevalue.

where the input to the hash function is a message M consisting of the blocks Yo, Y1,..., YL-1. The structure can be used to produce a secure hash function to operate on a message of any length.

There is much more variety in the structure of MACs than in hash functions, so it is difficult to generalize about the cryptanalysis of MACs. Further, far less work has been done on developing such attacks.

o   US standard for use with DSA signature scheme

§    nb. the algorithm is SHA, the standard is SHS

o   based on design of MD4 with key differences 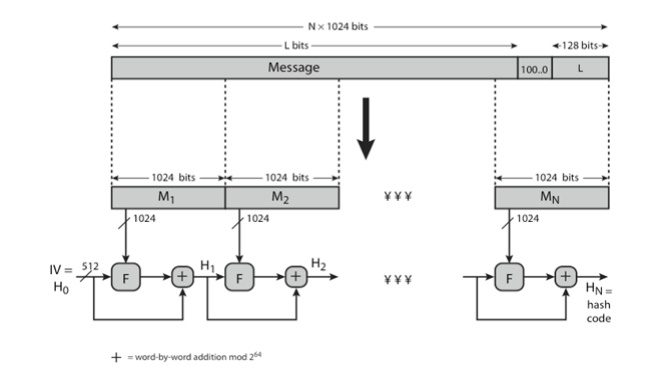 heart of the algorithm 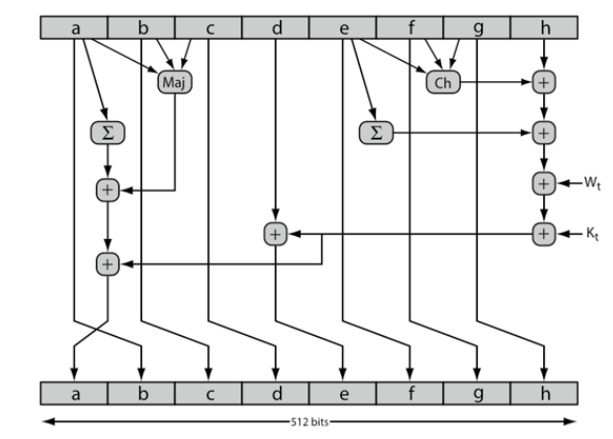