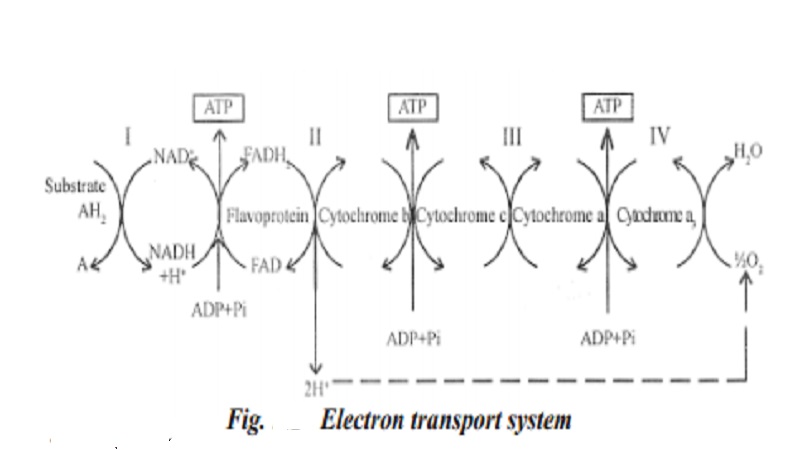 The molecular oxygen forms the terminal constituent of the electron transport system. It is the ultimate recipient of electrons and picks up the protons from the substrate to form water.

The aim of this experiment is to demonstrate liberation of carbon dioxide during respiration. The respiroscope is a glass apparatus consisting of a bulb like part with a bent neck and vertical tube. Germinating seeds are taken in the bulb and the mouth of the tube is kept immersed in the beaker containing KOH solution as shown in the figure. The respiroscope is fixed in the vertical position with the help of a stand. Thus, the enclosed air in the bulb is completely cut off from the atmosphere. The apparatus is kept undisturbed for few hours.

It is observed that the level of KOH solution in the limb is raised. The KOH solution absorbs carbondioxide released by the seeds and a vacuum is created. It results in the raise of KOH level.