Metal displacement : (Predicting whether a metal will displace another metal from its salt solution or not).

As already shown, the metals near the bottom of the electrochemical series are strong reducing agents and are themselves oxidised to metal ions. On the contrary, the metal lying higher up in the series are strong oxidising agents and their ions are readily reduced to the metal itself. For example, zinc lying down below the series is oxidised to Zn2+ ion, while copper which is higher up in the series is produced by reduction of Cu2+ ion.

Thus when zinc is placed in CuSO4 solution, Cu metal gets precipitated. In general we can say that a metal lower down the electrochemical series can precipitate the one higher up in the series.

Silver cannot precipitate Cu from CuSO4 solution, since both metals have positions higher up in the series and are strong oxidising agents.

Hydrogen displacement : (Predicting whether a metal will displace hydrogen from a dilute acid solution.)

Any metal above hydrogen in the electrochemical series is a weaker reducing agent than hydrogen and will not convert H+ to H2. This explains why Zn lying below hydrogen reacts with dil. H2SO4 to liberate H2, while Cu lying above hydrogen does not react. 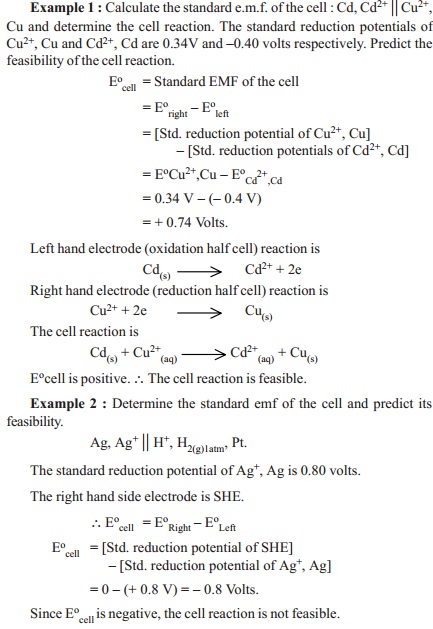