One of the main objectives of any scientific investigation or any survey is to find out the unknown facts or characteristics of the population under consideration.

Jerzy Neyman (1894-1981) was born into a Polish family in Russia. He is one of the Principal architects of Modern Statistics. He developed the idea of confidence interval estimation during 1937. He had also contributed to other branches of Statistics, which include Design of Experiments, Theory of Sampling and Contagious Distributions. 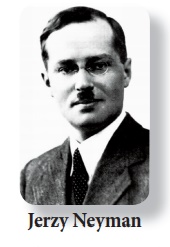 He established the Department of Statistics in University of California at Berkeley, which is one of the preeminent centres for statistical research worldwide.

Egon Sharpe Pearson (1885-1980) was the son was the son of Prof. Karl Pearson. He was the Editor of Biometrika, which is still one of the premier journals in Statistics. He was Pearson instrumental in publishing the two volumes of Biometrika Tables for Statisticians, which has been a significant contribution to the world of Statistical Data Analysis till the invention of modern computing facilities. 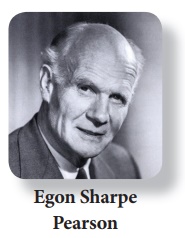 Neyman and Pearson worked together about a decade from 1928 to 1938 and developed the theory of testing statistical hypotheses. Neyman-Pearson Fundamental Lemma is a milestone work, which forms the basis for the present theory of testing statistical hypotheses. In spite of severe criticisms for their theory, in those days, by the leading authorities especially Prof.R.A.Fisher, their theory survived and is currently in use.

“Statistics is the servant to all sciences” – Jerzy Neyman

The students will be able to

·              understand the procedure for tests of hypotheses based on large samples; and

·              solve the problems of testing hypotheses concerning mean(s) and proportion(s) based on large samples.

In XI Standard classes, we concentrated on collection, presentation and analysis of data along with calculation of various measures of central tendency and measures of dispersion. These kinds of describing the data are popularly known as descriptive statistics. Now, we need to understand another dimension of statistical data analysis, which is called inferential statistics. Various concepts and methods related to this dimension will be discussed in the first four Chapters of this volume. Inferential Statistics may be described as follows from the statistical point of view: 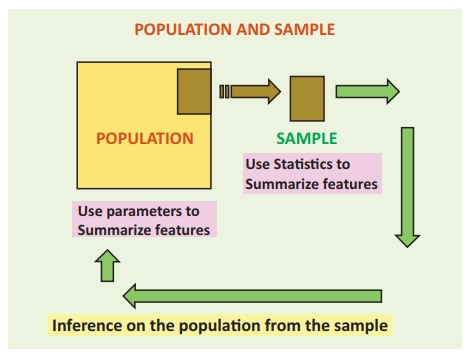 Thus, inferential statistics refers to a collection of statistical methods in which random samples are used to draw valid inferences or to make decisions in terms of probabilistic statements about the population under study.

Before going to study in detail about Inferential Statistics, we need to understand some of the important terms and definitions related to this topic.