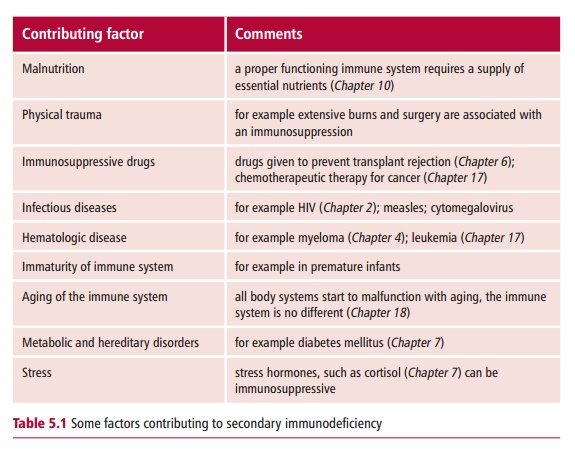 Patients with immunodeficiency diseases invariably suffer infections more frequently and with increased severity although the type of infection depends to a large extent on the nature of the immune deficit. Some general rules to guide diagnoses are given in Table 5.2. Other types of disorder may also arise as a consequence of a PID. So, for example, deficiencies of some complement proteins may lead to systemic lupus erythematosus (SLE), an autoimmune disorder. Certain types of cancer, such as non-Hodgkins lymphoma, a tumor of the lymph glands, and Kaposi’s sarcoma, a tumor derived from blood vessels and which frequently shows in the skin, are also more frequent in the immunodeficient patient, because these tumors are linked to infections with certain viruses. 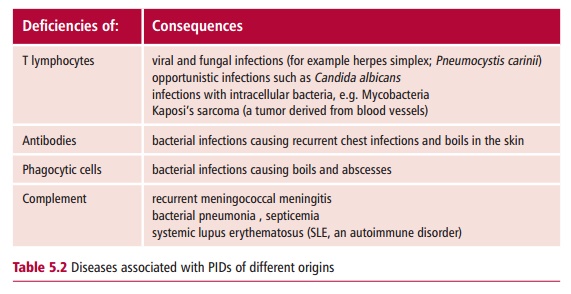