Glycolysis - Stages of Respiration in plants

Glycolysis is a linear series of reactions in which 6-carbon glucose is split into two molecules of 3-carbon pyruvic acid. 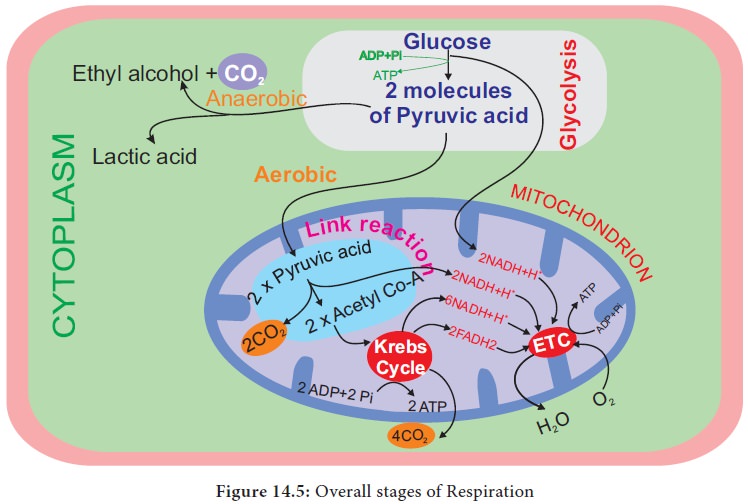 (Gr: Glykos 5 Glucose, Lysis 5 Splitting) Glycolysis is a linear series of reactions in which 6-carbon glucose is split into two molecules of 3-carbon pyruvic acid. The enzymes which are required for glycolysis are present in the cytoplasm (Figure 14.6). The reactions of glycolysis were worked out in yeast cells by three scientists Gustav Embden (German), Otto Meyerhoff (German) and J Parnas (Polish) and so it is also called as EMP pathway. It is the first and common stage for both aerobic and anaerobic respiration. It is divided into two phases. 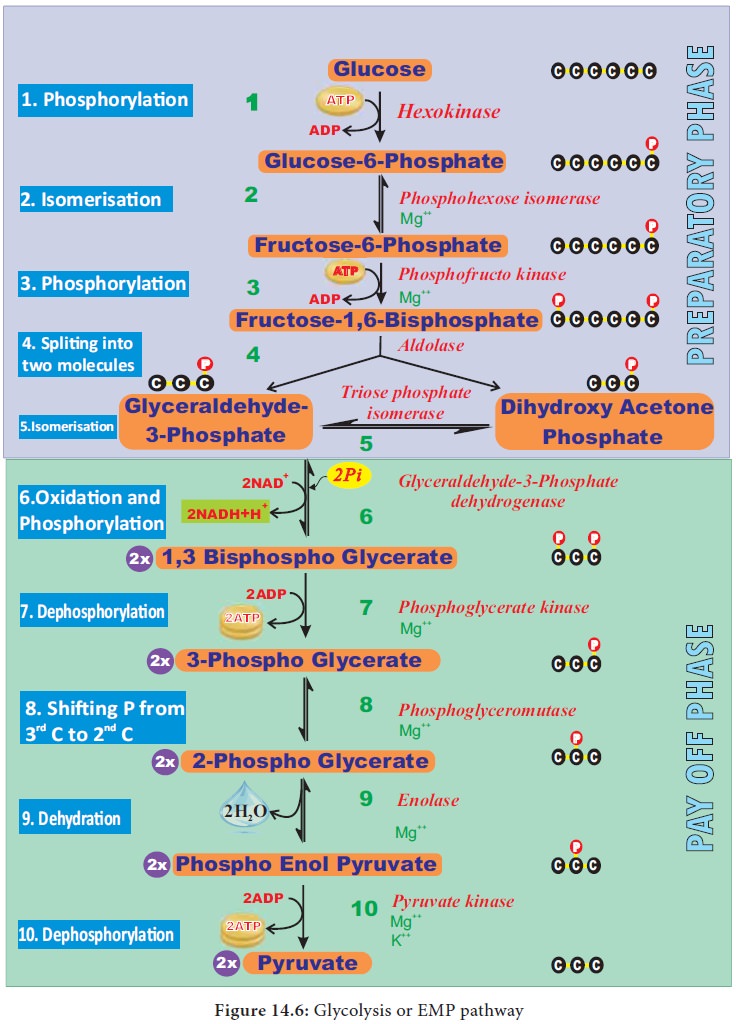 Two molecules of glyceraldehyde-3-phosphate oxidatively phosphorylated into two molecules of 1,3 - bisphospho glycerate. During this reaction 2NAD1 is reduced to 2NADH + H+ by glyceraldehyde-3- phosphate dehydrogenase at step 6.  Further reactions are carried out by different enzymes and at the end two molecules of pyruvate are produced. In this phase, 2ATPs are produced at step 7 and 2 ATPs at step10 (Figure 14.6). Direct transfer of phosphate moiety from substrate molecule to ADP and is converted into ATP is called substrate phosphorylation or direct phosphorylation or trans phosphorylation . During the reaction at step 9, 2phospho glycerate dehydrated into Phospho enol pyruvate a water molecule is removed by the enzyme enolase. As a result, enol group is formed within the molecule. This process is called Enolation.

The overall net reaction of glycolysis