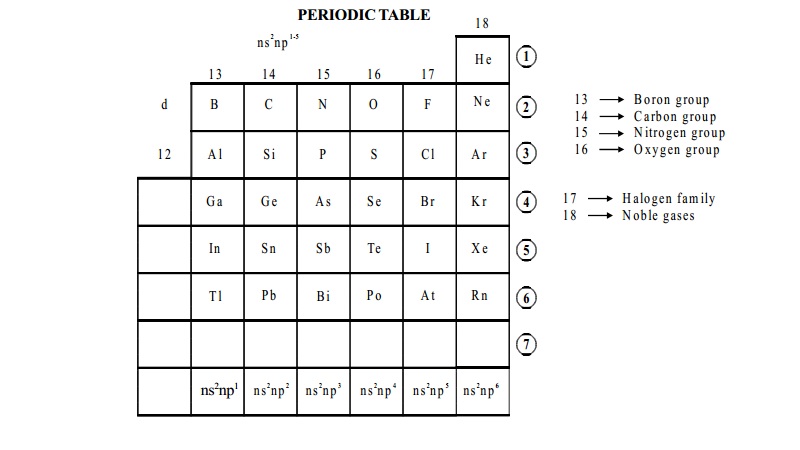 2.           These elements include metals and non-metals with a few semi metals (Metalloids)

4.           These elements possess relatively higher ionisation energy and the value tends to increase along the period but decrease down the group.

5.           Most of the elements show negative (except some metals) as well as positive oxidation states (except Fluorine).

6.     One of the familiar characteristic of p-block elements is to show inert pair effect i.e. the tendency of being less availability for ns electron in bonding. The inert pair effect increases down the group with the increase in atomic number.

The group 13(IIIA) elements are Boron, aluminium, gallium, indium and

3.           Gallium is remarkable for its unusually low melting point (29.7 o C) and therefore generally exist as a liquid at room temperature. Its most important use is in making gallium arsenide. This is a semi conductor material employed in the manufacture of diode lasers for laser printers, compact -disc players and fibre optic communication devices.