The goal of an analytical separation is to remove either the analyte or the interferent from the sample matrix.

The goal of an analytical separation is to remove either the analyte or the interferent from the sample matrix. To achieve a separation there must be at least one signifi- cant difference between the chemical or physical properties of the analyte and inter- ferent. Relying on chemical or physical properties, however, presents a fundamental problem—a separation also requires selectivity. A separation that completely re- moves an interferent may result in the partial loss of analyte. Altering the separation to minimize the loss of analyte, however, may leave behind some of the interferent. 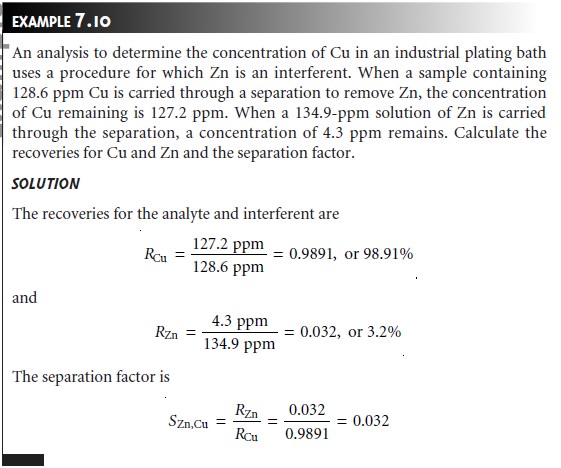 In an ideal separation RA = 1, RI = 0, and SI,A = 0. In general, the separation factor should be approximately 10–7 for the quantitative analysis of a trace analyte in the presence of a macro interferent, and 10–3 when the analyte and interferent are pres- ent in approximately equal amounts. 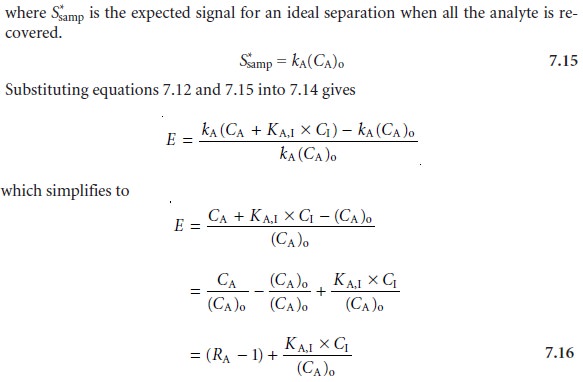 A more useful equation for the relative error is obtained by solving equation 7.13 for CI and substituting back into equation 7.16 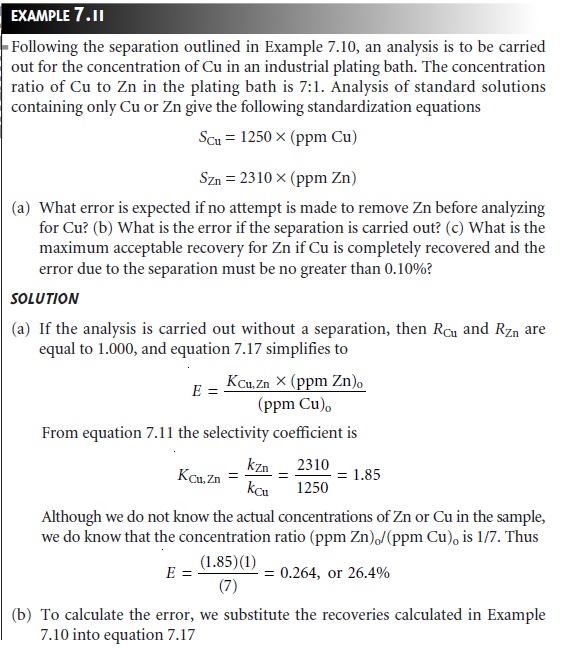 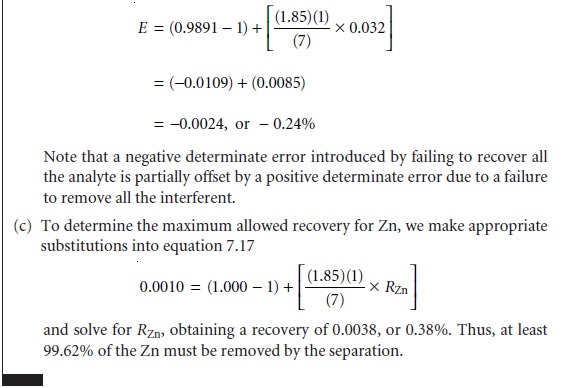