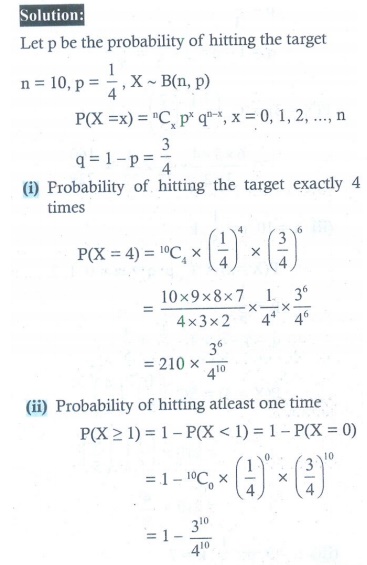 3. Using binomial distribution find the mean and variance of X for the following experiments

(i) A fair coin is tossed 100 times, and X denote the number of heads.

(ii) A fair die is tossed 240 times, and X denote the number of times that four appeared. 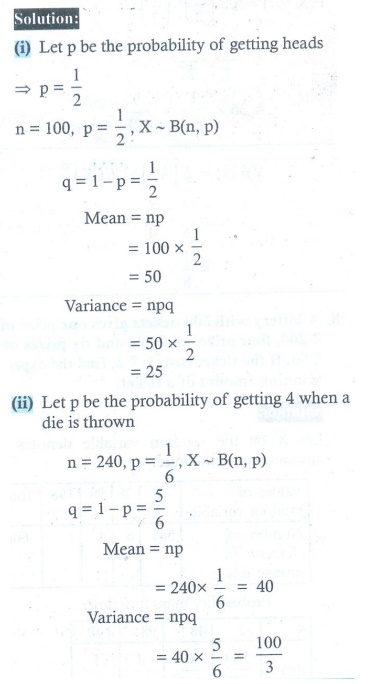 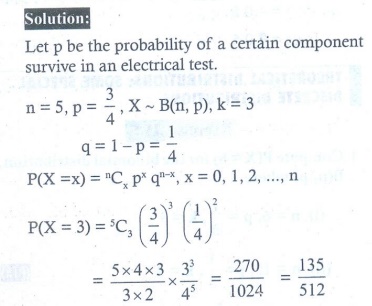 5. A retailer purchases a certain kind of electronic device from a manufacturer. The manufacturer indicates that the defective rate of the device is 5%.

The inspector of the retailer randomly picks 10 items from a shipment. What is the probability that there will be (i) at least one defective item (ii) exactly two defective items? 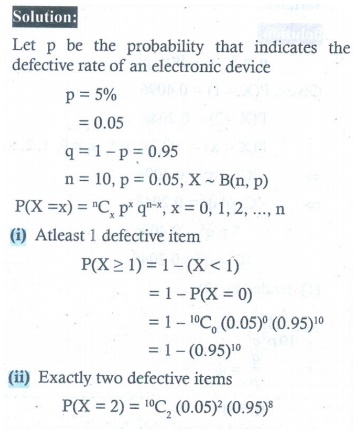 6. If the probability that a fluorescent light has a useful life of at least 600 hours is 0.9, find the probabilities that among 12 such lights 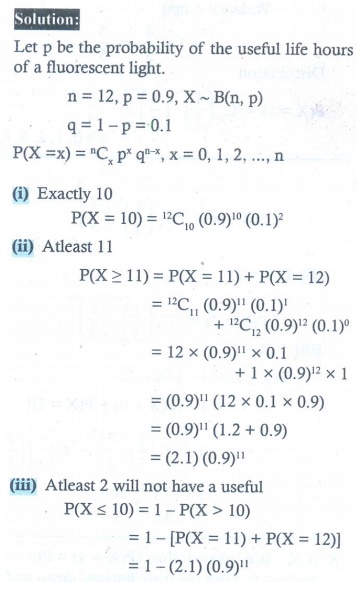 7. The mean and standard deviation of a binomial variate X are respectively 6 and 2. 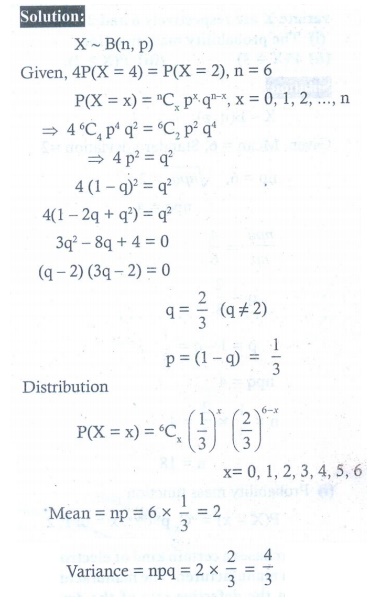 9. In a binomial distribution consisting of 5 independent trials, the probability of 1 and 2 successes are 0.4096 and 0.2048 respectively. Find the mean and variance of the random variable. 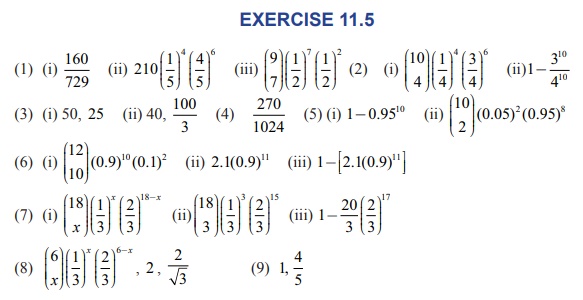