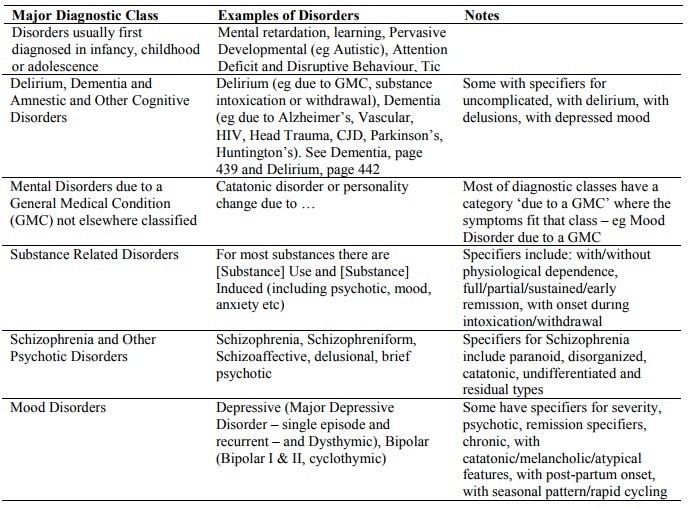 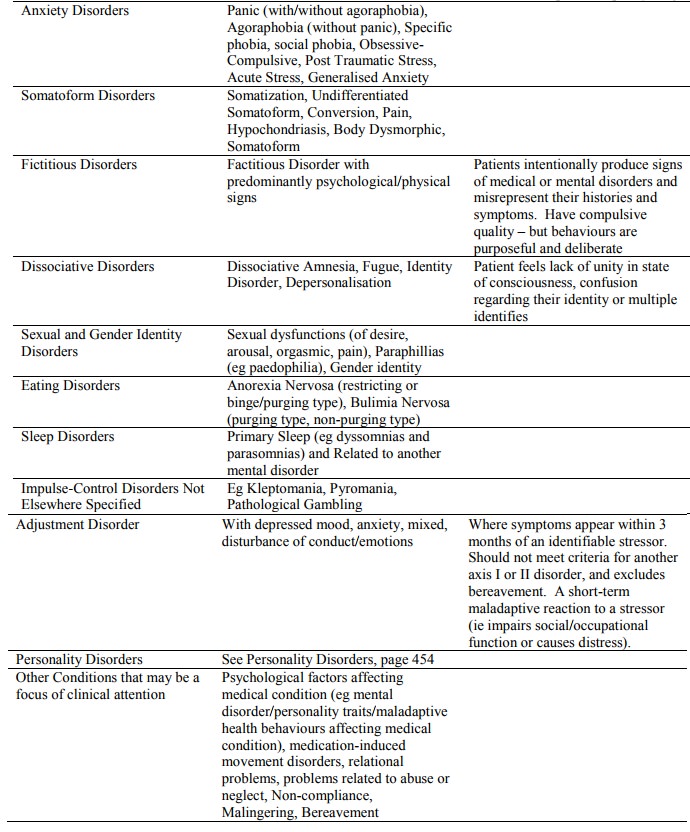 ·        In DSM IIIR, “Delirium, Dementia and Amnestic and Other Cognitive Disorders”, “Mental Disorders Due to a General Medical Condition” and “Substance-Related Disorders” were grouped under the single heading “Organic Mental Syndromes and Disorders”. “Organic mental disorder” is no longer used as it implies other disorders don‟t have a biological basis

o  Severity and course specifiers: mild, moderate, severe, in partial remission, in full remission, prior history of (ie have had full recovery)

o  Principal diagnosis/Reason for visit: if more than one diagnosis, which one was the principle one leading to admission/contact. Difficult to determine in dual diagnosis (substance related + non-substance related). Multiple diagnoses can re reported in multiaxial fashion

o  Provisional: when strong assumption that criteria will be meet, but insufficient evidence currently available

o  Symptom pattern is not included in DSM IV

o  When there is uncertainty about aetiology: eg whether it is due to a general medical condition, is substance induced or is primary

o  There is incomplete or inconsistent information

o  Criteria have never been/are not meet for…

o  Does not occur exclusively during the course of…

o  Not better accounted for by…

o  When there are very difficult diagnostic boundaries, use „not better accounted for‟ to permit use of clinical judgement