1. Why are dish antennas curved?

All the signals which fall on it can be reflected to that receiver. Thereby the strength of signal received is maximum. So the dish antennas are curved.

2. What type of lens is formed by a bubble inside water?

When a ray of light strikes a bubble in water, light ray passes from denser medium (water) to rarer medium (air), it bends away from normal. And again at the other end the light ray will enter from rarer (air) to denser (water), and it bends towards the normal. 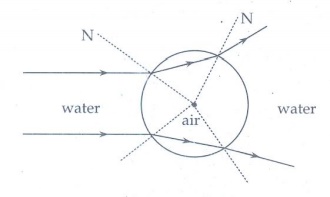 Thus, the bubble inside the water act as a concave (diverging) lens.

3. It is possible for two lenses to produce zero power? 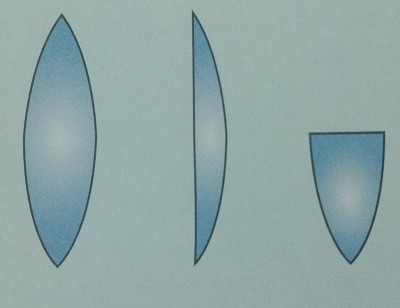 Intensity is directly proportional to the area of the aperture of the lens receiving the light.

d is the diameter of the aperture.

When cut vertically, the focal length is doubled.

In this case, the diameter of the aperature becomes half. 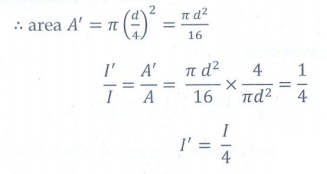 5. Why is yellow light preferred to during fog?

During fog, it is hard to see from naked eyes. So we use lights in the vehicles.

The fog lights to be single colour, because the different wavelengths of visible light scattered by the fog droplets differently. This is called dispersion.

Due to dispersion, the visibility will decreases for the drivers. So we should use single colour (yellow) light in fog.

The yellow colour has a longer wavelength. So the Rayleigh scattering by the fog is less. Thereby the visibility will increases.

Thus to reduce the dispersion and Rayleigh scattering, we use yellow lights in the vehicles. Thereby we will increase the visibility for the drivers.