Blood Vessels of the Hypophysis

A prominent vascular supply ensures the coupling of the nervous and endocrine parts of the hypophysis.

Blood Vessels of the Hypophysis 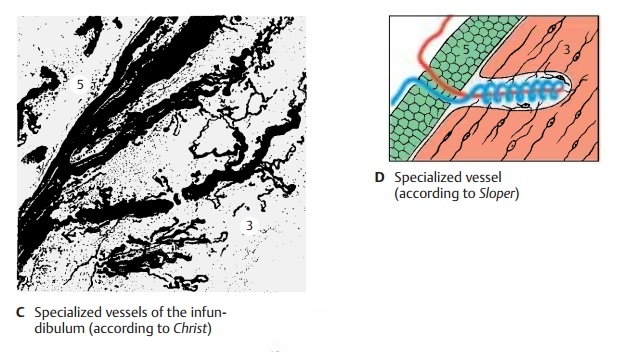 The two inferior hypophysial arteries supply the neurohypophysis; with several branches in the area of the intermediate part, they also form special vessels (E14); from here, the blood also runs via short portal vessels into the capillary bed of the adenohypophysis. 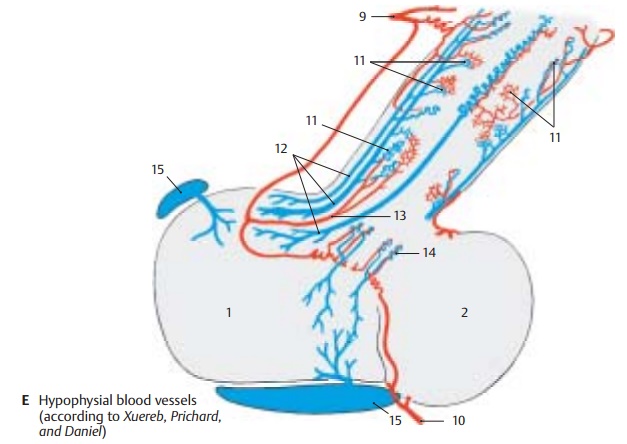