The abnormal behaviour of colligative properties has been explained in terms of dissociation and association of solute molecules.

a. Dissociation of solute molecules

Such solutes which dissociate in solvent (water) i.e. electrolytes, show an increase in number of particles present in solution. This effect results in an increase in colligative properties obtained experimentally.

The Van't Hoff factor (i)

i > 1 for dissociation. We can calculate the degree of dissociation (a) using the equation.

where `n' is the total number of particles furnished by one molecule of the solute. 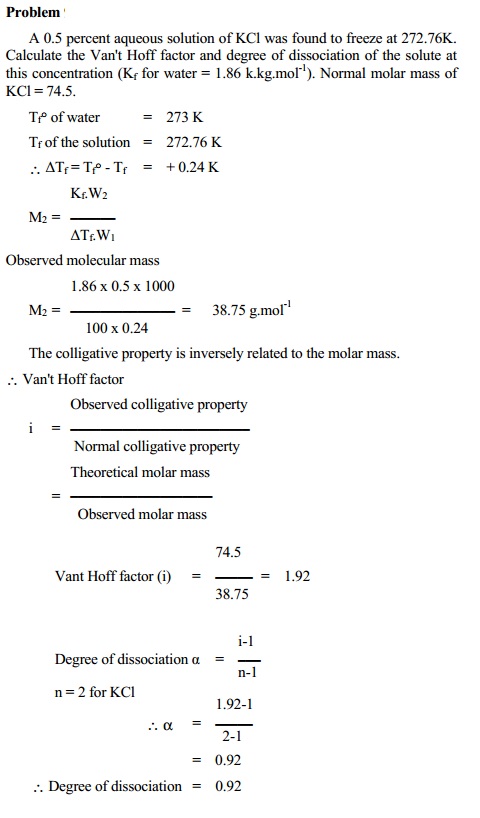 b. Association of the solute molecules

Such solute which associate in a solvent show a decrease in number of particles present in solution. This effect results in a decrease in colligative properties obtained experimentally.

Using this, the degree of association 'a' can be calculated from 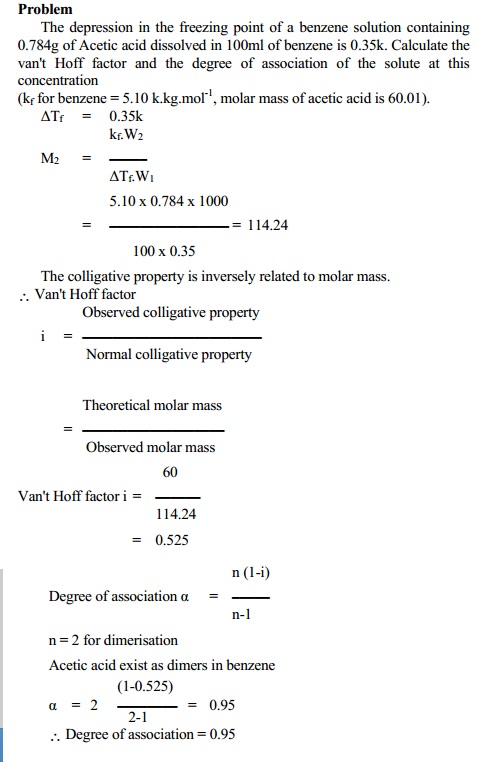