Two groups of compounds, shown in Figure 8.1, have vitamin A activity: retinol, retinaldehyde, and retinoic acid (preformed vitamin A);

Two groups of compounds, shown in Figure 8.1, have vitamin A activity: retinol, retinaldehyde, and retinoic acid (preformed vitamin A); and a variety of caro-tenes and related compounds (collectively known as carotenoids) that can be cleaved oxidatively to yield retinaldehyde, and hence retinol and retinoic acid. Those carotenoids that can be cleaved to yield retinal-dehyde are known as provitamin A carotenoids.

Preformed vitamin A (mainly as retinyl esters) is found only in foods of animal origin. The richest source by far is liver, which may contain sufficient vitamin A to pose a potential problem for pregnant women, since retinol is teratogenic in excess. Caro-tenes are found in green, yellow, and red fruits and 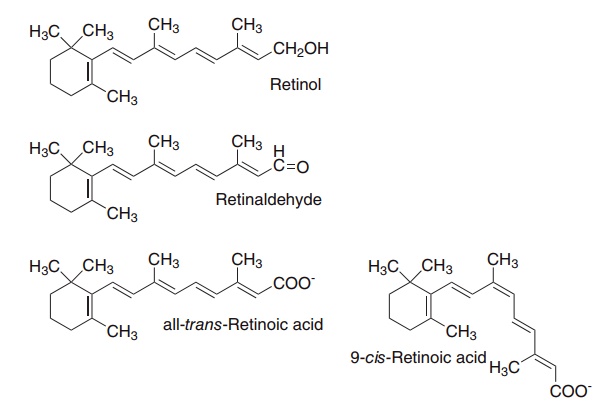 Figure 8.1 The major vitamin A vitamers and vitamin A active carotenoids

vegetables, as well as in liver, margarine, and milk and milk products. In addition to their role as precursors of vitamin A, carotenoids have potentially useful anti-oxidant action, and there is epidemiological evidence that diets that are rich in carotenoids (both those that are vitamin A active and those that are not) are associ-ated with a lower incidence of cancer and cardio-vascular disease. However, intervention studies with β-carotene have been disappointing, and it is not pos-sible to determine desirable intakes of carotene other than as a precursor of vitamin A.

Some 50 or more dietary carotenoids are potential sources of vitamin A: α-, β-, and γ-carotenes and cryptoxanthin are quantitatively the most important. Although it would appear from its structure that one molecule of β-carotene will yield two of retinol, this is not so in practice. Nutritionally, 6–12 μg of β-carotene is equivalent to 1 μg of preformed retinol. For other carotenes with vitamin A activity, 12–24 μg is equivalent to 1 μg of preformed retinol.

Conventionally, the total amount of vitamin A in foods is expressed as μg retinol equivalents, calculated from the sum of μg of preformed vitamin A + 1/6 × μg β-carotene + 1/12 × μg other provitamin A carotenoids. Recent studies on the absorption of caro-tenes and their bioefficacy as vitamin A precursors have led to the definition of retinol activity equiva-lents. 1 μg retinol activity equivalent = 1 μg preformed retinol, 12 μg β-carotene or 24 μg other provitamin A carotenoids.

Before pure vitamin A was available for chemical analysis, the vitamin A content of foods was deter-mined by biological assays and the results were expressed in standardized international units (IU): 1 IU = 0.3 μg of retinol, or 1 μg of retinol = 3.33 IU. Although obsolete, IU are sometimes still used in food labeling.