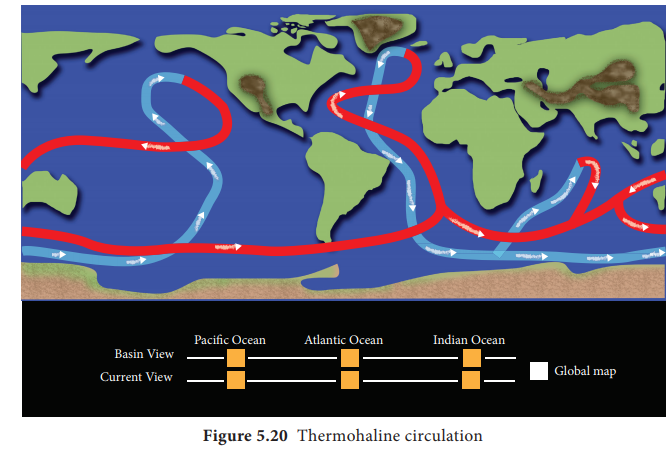 As the name indicates there is a large scale churning of ocean water due to difference in temperature and salinity.

As the name indicates there is a large scale churning of ocean water due to difference in temperature and salinity. The down welling of ocean water occurs in the extreme ends of Atlantic Ocean one near the Norwegian coast and another at Weddell Sea. Upwelling of cold water occurs in the North Pacific Ocean and in the Indian Ocean. This cycle of water movement within the Global Ocean is also known as Conveyor Belt (Figure 5.20). The slow, steady and three dimensional flow of water in the conveyor belt distributes dissolved gases and solids, mixes nutrients and carries it to various ocean basins. This cycle provides a stabilizing effect on climate of the earth. If it is disturbed, it is capable of causing sudden climatic change within the period of a few decades. The conveyor belt is a simplified version of actual circulation in the oceans. 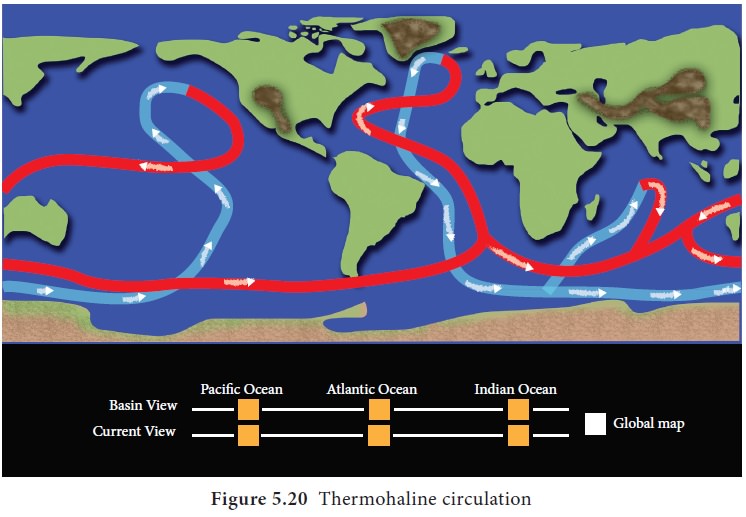