How does the immune system work?

One distinctive characteristic of the immune system is its ability to distinguishself from nonself. This ability enables the cells and molecules responsible forimmunity to recognize and destroy pathogens (disease-causing agents, such as viruses and bacteria) when they invade the body—or even one’s own cells when they become cancerous. Because infectious diseases can be fatal, the operation of the immune system can be a matter of life and death. Striking confirmation of this last point is apparent in the lives of those who have AIDS. This disease so weakens the immune system that those who have it become prey to infections that proceed unchecked, with ultimately fatal consequences. Suppression of the immune system can save lives as well as take them. The development of drugs that suppress the immune system has made organ transplants possible. Recipients of hearts, lungs, kidneys, or livers tolerate the transplanted organs without rejecting them because these drugs have thwarted the way in which the immune system tries to attack the grafts. However, the immune suppression also makes transplant recipients more susceptible to infections.

The immune system can also go awry in distinguishing self from nonself. The result is autoimmune disease, in which the immune system attacks the body’s own tissues. Examples include rheumatoid arthritis, insulin-dependent diabetes, and multiple sclerosis. A significant portion of research on the immune system is directed toward developing approaches for treating these diseases. Allergies are another example of improper functioning of the immune system. Millions have asthma as a result of allergies to plant pollens and to other allergens (substances that trigger allergic attacks). Food allergies can evoke violent reactions that may be life-threatening.

Over the years, researchers have unraveled some of the mysteries of the immune system and have used its properties as a therapeutic aid. The first vaccine, that against smallpox, was developed about 200 years ago. Since thattime it has been used so effectively as a preventive measure that smallpox has been eradicated. The action of vaccines of this sort depends on exposure to the infectious agent in a weakened form. The immune system mounts an attack, and the immune system retains “memory” of the exposure. In subsequent encounters with the same pathogen, the immune system can mount a quick and effective defense. This ability to retain “memory” is another major characteristic of the immune system. It is hoped that current research can be carried to the point of developing vaccines that can treat AIDS in people who are already infected. Other strategies are directed at finding treatments for autoimmune diseases. Still others are attempting to use the immune system to attack and destroy cancer cells. 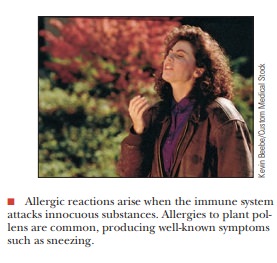 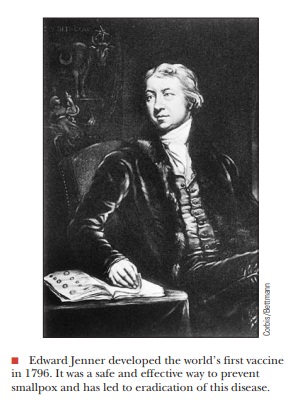 How does the immune system work?

A major component of the immune system is the class of cells called leuko-cytes, otherwise known as white blood cells. Like all blood cells, they arise fromcommon precursor cells (stem cells) in the bone marrow. Unlike other blood cells, however, they can leave the blood vessels and circulate in the lymphatic system. Lymphoid tissues (such as lymph nodes, the spleen, and, above all, the thymus gland) play important roles in the workings of the immune system.