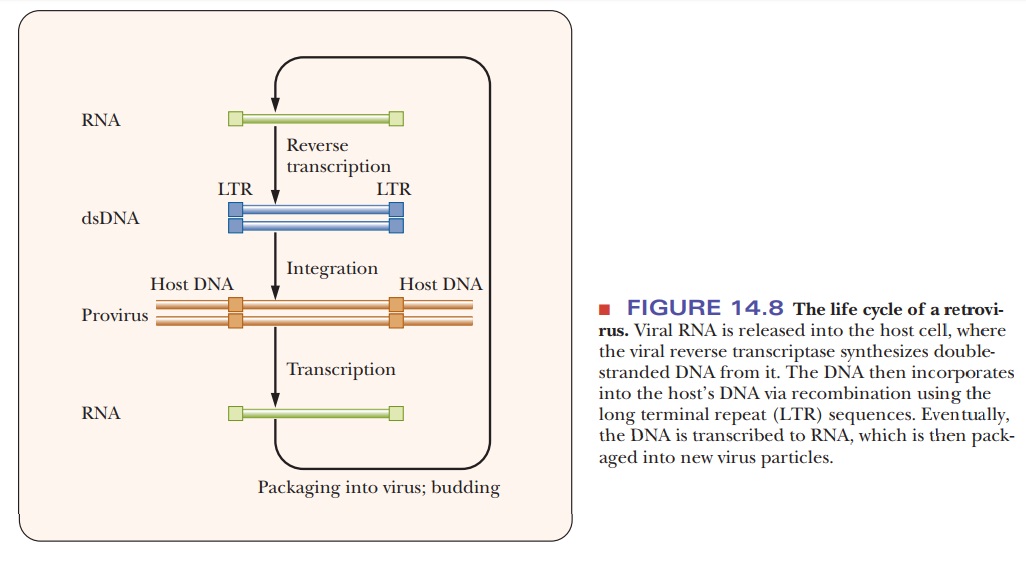 A retrovirus gets its name from the fact that its replication is backward compared to the central dogma of molecular biology: it makes DNA from RNA.

A retrovirus gets its name from the fact that its replication is backward compared to the central dogma of molecular biology: it makes DNA from RNA. The genome of a retrovirus is single-stranded RNA. Once it infects the cell, this RNA is used as a template to make a double-stranded DNA. The enzyme that does this is a virally encoded reverse transcriptase. One of the unique features of the retrovirus life cycle is that the DNA produced by reverse transcription must be incorporated into the host DNA. This occurs because the ends of the DNA produced contain long terminal repeats (LTRs). LTRs are well known in DNA recombination events, and they allow the viral DNA to combine with the host’s DNA. Figure 14.8 shows the replication cycle of a retrovirus. 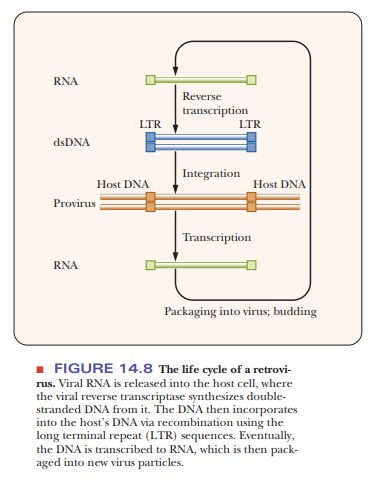 Why are retroviruses important?

Retroviruses are the subject of extensive research in virology these days for several reasons. The first is that retroviruses have been linked to cancer, and more aspects of the relationship between viruses and cancer are discovered every day. The second is that human immunodeficiency virus (HIV) is a retrovirus. HIV is the causative agent of the disease acquired immunodeficiency syndrome(AIDS). The search for AIDS treatments and a definitive cure remains one ofthe primary goals of retroviral research. HIV will be covered more extensively in the Hot Topics Magazine. The third is that retroviruses can be used in gene therapy, as described in the following Biochemical Connections box.

All retroviruses have certain genes in common. There is a gene for proteins of the nucleocapsid, often called coat proteins (CP). They all have a gene for reverse transcriptase (RT), and they all have genes for envelope proteins (EP). 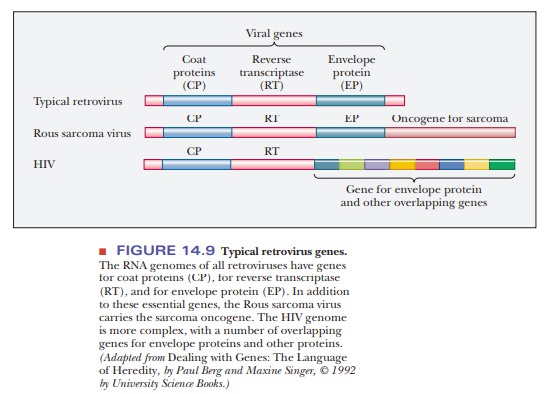 Figure 14.9 shows a schematic of the RNA genomes of common retroviruses. In the case of the Rous sarcoma virus, the genome also contains an oncogene that causes tumors.

Retroviruses have a genome based on RNA. When they infect a cell, their RNA is turned into DNA by reverse transcriptase. The DNA is then incor-porated into the host’s DNA genome as part of the replication cycle for the virus.

Retroviruses all have certain genes in common, such as the genes for coat proteins, the gene for reverse transcriptase, and the gene for envelope proteins.

Some retroviruses also have identifiably unique genes, such as the sar-coma oncogene in the Rous sarcoma virus.