The various types as temperature scales in use are : a) Celsius scale b) Fahrenheit scale c) Kelvin scale d) Rankine scale

The various types as temperature scales in use are :

Matter can exist in any one of the three phases namely solid, liquid and gas. A system consisting of a single phase is known as homogeneous systems. If the matter exists in more than one phase, the system is known as heterogeneous system. 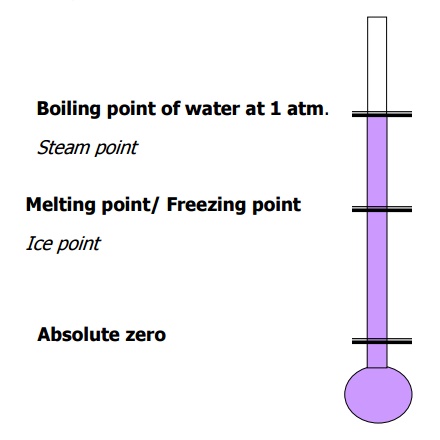