Science - Separation of Mixtures | 9th Science : Matter Around Us

A mixture as you know contains more than one substance in which the components can either be elements or compounds or both.

At the end of the lesson you will be able to

·        analyse and select appropriate methods for separating a given mixture, based on certain difference in physical properties

·        describe appropriate methods of separating a given mixture 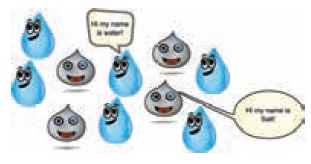 Before we talk about the separation methods let us recall briefly some aspects of solubility of solid and liquid. When a solid is added to a liquid, either the solid will dissolve in the liquid or not.

·        When the solid does not dissolve in the liquid, it is said to be insoluble. 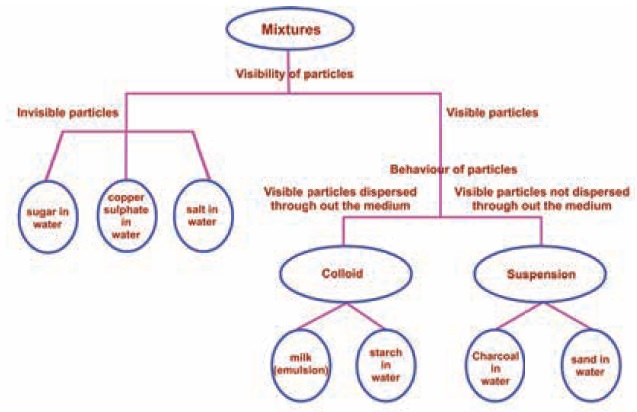 Separation of insoluble solids from liquids

Filtration and Decantation: You are already familiar with these methods. The illustrations given below will help you to recall these important techniques. 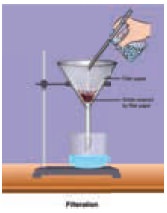 Centrifugation: is is used to separate very ne and tiny particles of solid which do not settle down easily in a liquid. The mixture taken in a centrifuge tube is centrifuged (by rotation) in a centrifuging machine, so that the solid gets deposited at the bottom of the tube and the clear liquid (supernatant) is decanted. E.g. this is used to separate plasma (the liquid) from blood. 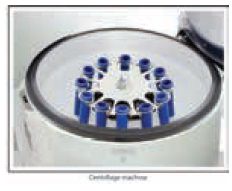 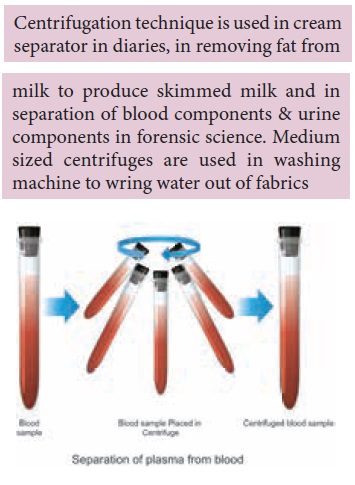 Separation of soluble solids from liquids

Evaporation and crystallisation: This is used to separate the dissolved solute from the solution. The solution is heated slowly so that the liquid (solvent) evaporates leaving behind the solid as crystals. E.g. Separation of salt from sea water (by solar evaporation in saltern).

Salterns in Tuticorin of Tamil Nadu

Simple distillation: This method is used to separate two liquids whose boiling points differ by more than 25 K. Also by this method, brackish water can be distilled.

The brackish water (sea water) to be distilled is taken in the distillation flask and heated for boiling. The pure water vapour passes through the inner tube of the condenser. The vapours on cooling condense into pure water (distillate) and are collected in a receiver. The salt are left behind in the flask as a residue.

a) Type I – Miscible liquids

Fractional distillation is used in petrochemical industry to obtain different fractions of petroleum, to separate the different gases from air, to distil alcohols etc. 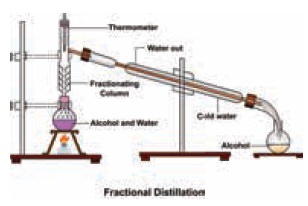 Mixtures of two immiscible liquids are separated by using a separating funnel. 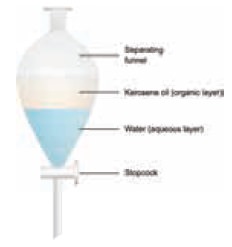 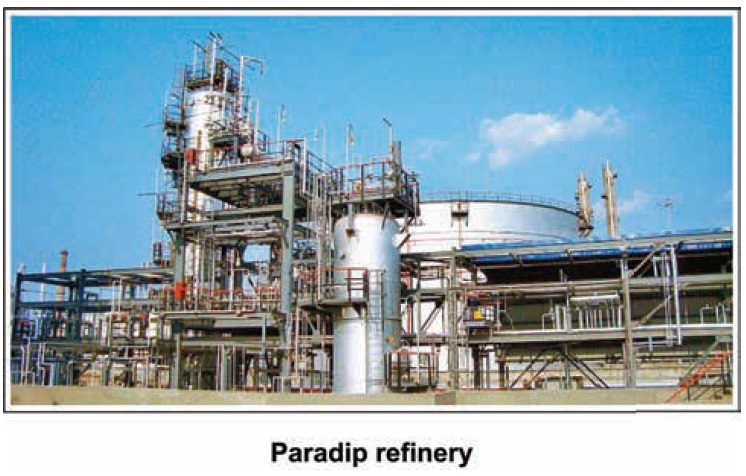 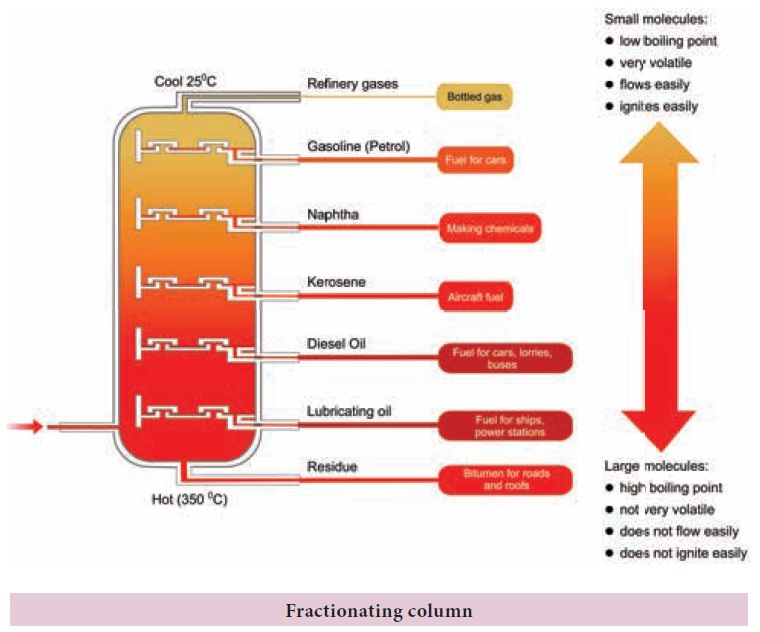 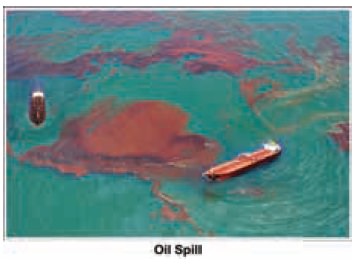 (i) Sublimation: Certain solid substances when heated change directly from solid to gaseous state without attaining liquid state. The vapours when cooled give back the solid substance. This process is known as sublimation. Examples: (a) Iodine (violet vapours) (b) Camphor, (c) Ammonium chloride etc. 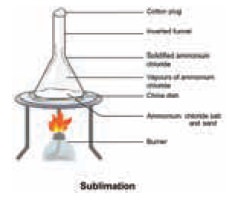 Before we discuss the technique we will take a look at two important terms that chromatography involves: Absorption and Adsorption.

Absorption is the process in which the substance is dissolved throughout the bulk of another substance. For example a paper (absorbent) soaks up or absorbs water.

Adsorption is the process in which particles of a substance (it could be gas, liquid or dissolved solid) adhere to a surface of another substance.

Chromatography is a separation technique. It is used to separate different components of a mixture based upon their different solubilities in the same solvent.

There are several types of chromatography; based on the above basic principles. It involves separation of mixtures by allowing the constituents of the mixture to move between two phases namely 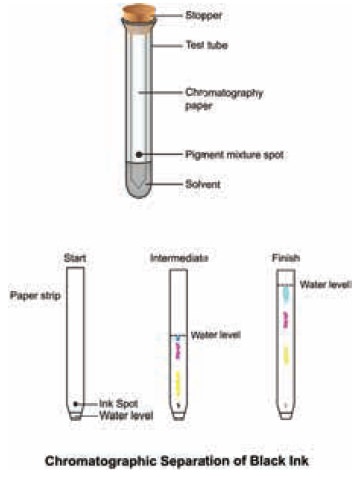