Boiling refers to the process by which a substance changes from the liquid state to the gaseous state at its boiling point.

Boiling refers to the process by which a substance changes from the liquid state to the gaseous state at its boiling point. Different liquids have different boiling points.

Boiling points of a few substances 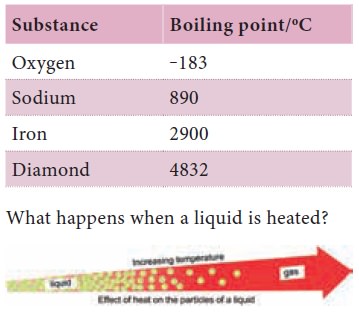 A heating curve is a graph showing the temperature of a substance plotted against the amount of energy it has absorbed. You may also see a cooling curve, which is obtained when a substance cools down and changes state.

How does the temperature of a liquid change when it is heated to its boiling point?

Let us take a liquid say water and heat it slowly till it boils while observing the temperature at regular intervals of time. If we plot a graph of temperature against time we will get one curve similar to the one shown below.

Vaporisation curve of a liquid 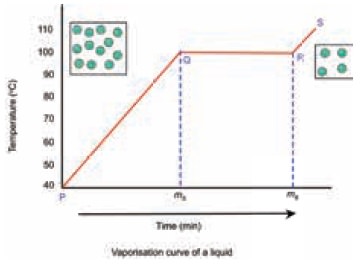 From the graph what conclusions can we get?

Let us now analyse the curve. 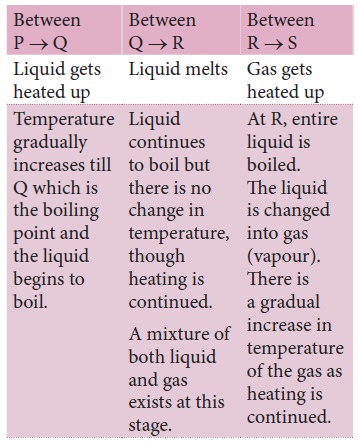 Why the temperature remains a constant between Q-R?

Entire heat energy is absorbed at this stage is used to overcome the attractive forces between the liquid particles which are intact. The particles start moving faster as their kinetic energy increases. Hence there is no increase in temperature. This hidden energy is called latent heat of vaporisation. The heat energy that is absorbed at this stage is exclusively used for change of state from liquid to vapour. 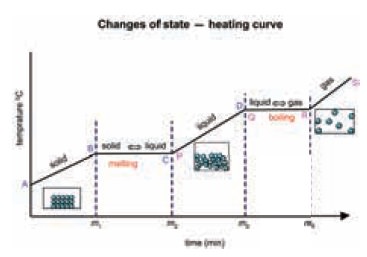 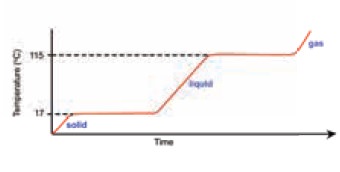 What is the melting point of this substance?

What is the boiling point of this substance?

What is the state of the substance at room temperature (21oC) 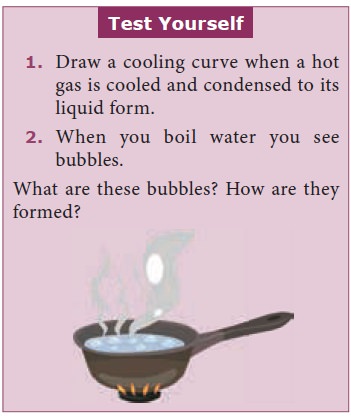 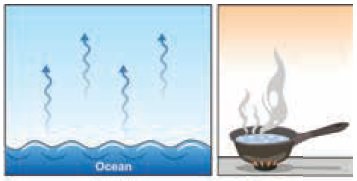 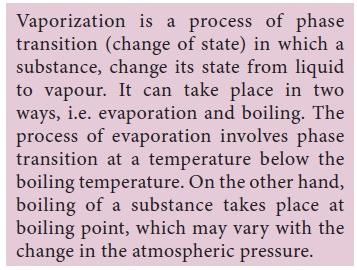