Science - Is Matter Particulate or Continuous | 9th Science : Matter Around Us

Is Matter Particulate or Continuous

Though in 1803 John Dalton proposed his atomic theory, no one could prove that matter was made up of separate particles since they were too small to see.

Is Matter Particulate or Continuous 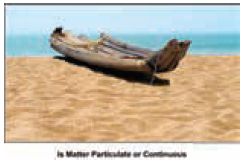 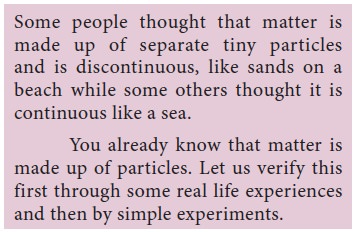 Though in 1803 John Dalton proposed his atomic theory, no one could prove that matter was made up of separate particles since they were too small to see. In 1827, a Scottish botanist Robert Brown noticed, Pollen grains jiggling in water. He used a microscope to look at pollen grains moving randomly in water. Initially he thought that these pollen grains were to be some sort of unknown organisms. He repeated the experiment with non-living substances like fine rock dust. To his surprise he saw the same strange dance of the particles in the surface of the water. They were non-living, but they were constantly moving, as if something was making each of them to move. What could be there to make them move? At this point, he could not explain why this occurred.

One possible explanation was that very small particles in water were actually randomly moving all the time and were striking the pollen particles from all sides, to make them move randomly. This erratic movement of pollen grains later came to be known as Brownian motion. 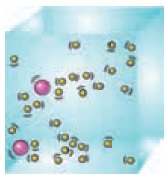 In 1905, physicist Albert Einstein explained that the pollen grains were being moved by individual water particles or molecules. This confirmed that atoms and molecules did exist, and provided evidence for particle theory as well as they were on continuous motion. Particles in both liquids and gases (collectively called fluids) move randomly. They do this because they were bombarded by the other moving particles in the fluid. Larger particles can be moved by light, fast-moving molecules. It was only in 1908, observations backed with calculations had confirmed that atoms were real. 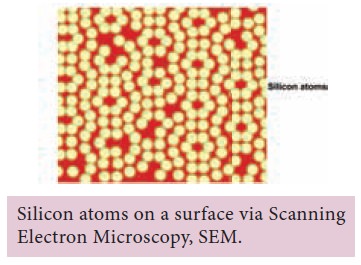 The atomic fact is: “All things are made of atoms – tiny little particles moving around continuously, attracting each other when they are a short distance apart, but repelling when they are squeezed very close.”

Have you ever seen dust particles ‘dancing’ when a narrow beam of light enters a dark room?

This is yet another example of Brownian motion. Air is made of tiny particles that move around. These moving particles bump into dust particles making them move irregularly or dance. Air particles are tiny to be seen. Hence, we can see only dust particles.

These observations led to the kinetic particle theory of matter. According to this theory all matter is made up of tiny particles and these particles are in constant motion, which possesses kinetic energy.

‘Kinetic’ means motion, based on this we are going to describe the differences in the properties of solids, liquids and gases and the changes in states of matter.