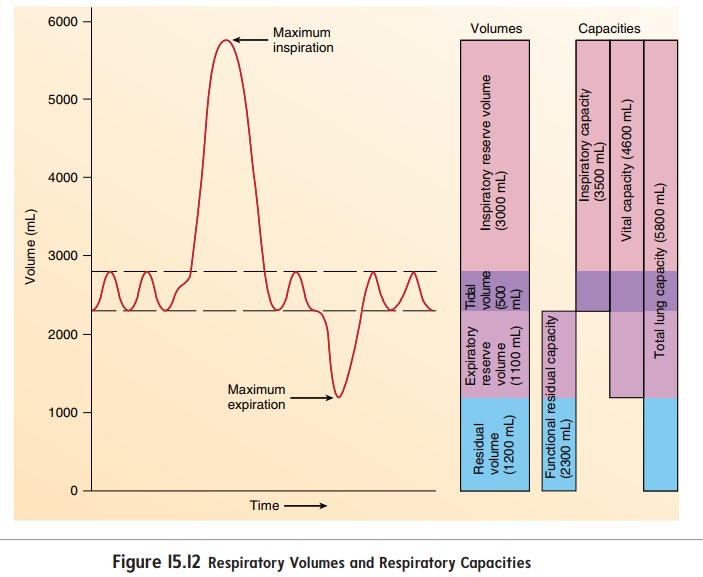 Spirometry (sp -rom‚Ä≤-tr ) is the process of measuring volumes of air that move into and out of the respiratory system, and the spirometer (sp -rom‚Ä≤-ter) is the device that measures these respiratory volumes. 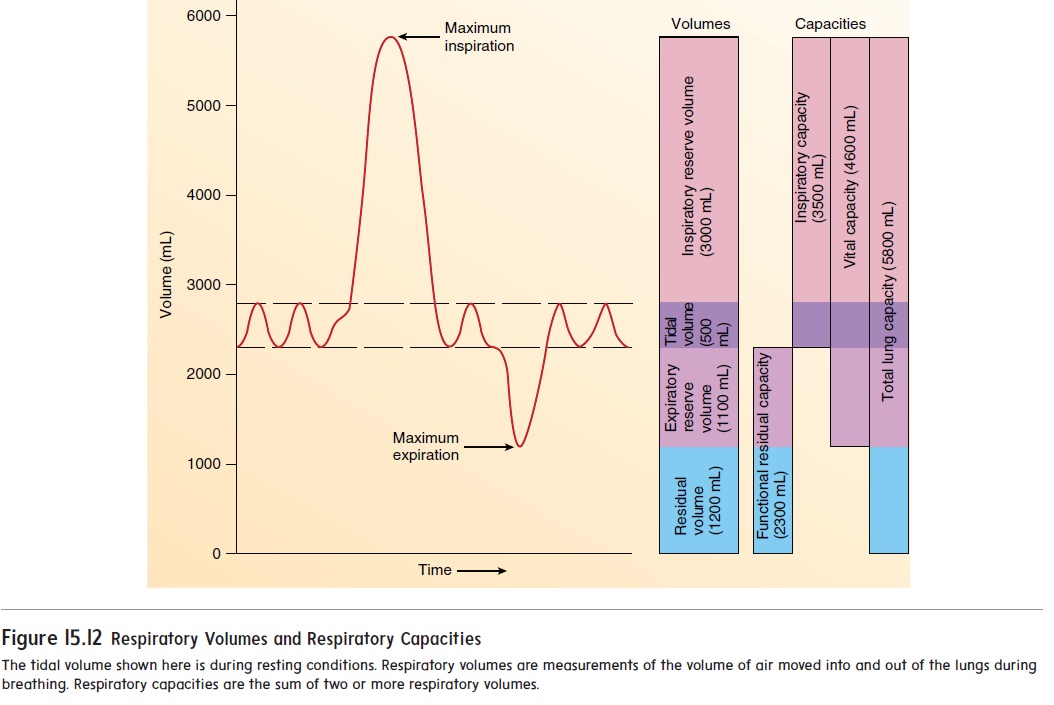 The forced expiratory vital capacity is the rate at which lung volume changes during direct measurement of the vital capacity. It is a simple and clinically important pulmonary test. The individual inspires maximally and then exhales maximally as rapidly as possible into a spirometer. The spirometer records the volume of air expired per second. This test can help identify conditions in which the vital capacity might not be affected but the expiratory flow rate is reduced. Abnormalities that increase the resistance to airflow slow the rate at which air can be forced out of the lungs. For example, in people who have asthma, contraction of the smooth muscle in the bronchioles increases the resistance to airflow. In people who have emphysema, changes in the lung tissue result in the destruction of the alveolar walls, ¬≠collapse of the bron-chioles, and decreased elasticity of the lung tissue. The collapsed bronchioles increase the resistance to airflow. In people who have chronic bronchitis, the air passages are inflamed. The swelling, increased mucus secretion, and gradual loss of cilia result in narrowed bronchioles and increased resistance to airflow.