Gas Transport in the Blood

GAS TRANSPORT IN THE BLOOD

After O2 diffuses through the respiratory membrane into the blood, about 98.5% of the O2 transported in the blood combines reversibly with the iron-containing heme groups of hemoglobin . About 1.5% of the O2remains dissolved in the plasma. Hemoglobin with O2 bound to its heme groups is called oxyhemoglobin (ok′ sē-hē-mō-glō′ bin).

The amount of O2 released from oxyhemoglobin is influ-enced by four factors. More O2 is released from hemoglobin if(1) the Po2  is low, (2) the Pco2  is high, (3) the pH is low, and(4) the temperature is high. Increased muscular activity results in a decreased Po2, an increased Pco2, a reduced pH, and an increased temperature. Consequently, during physical exercise, as much as 73% of the O2 picked up by hemoglobin in the lungs is released into skeletal muscles. 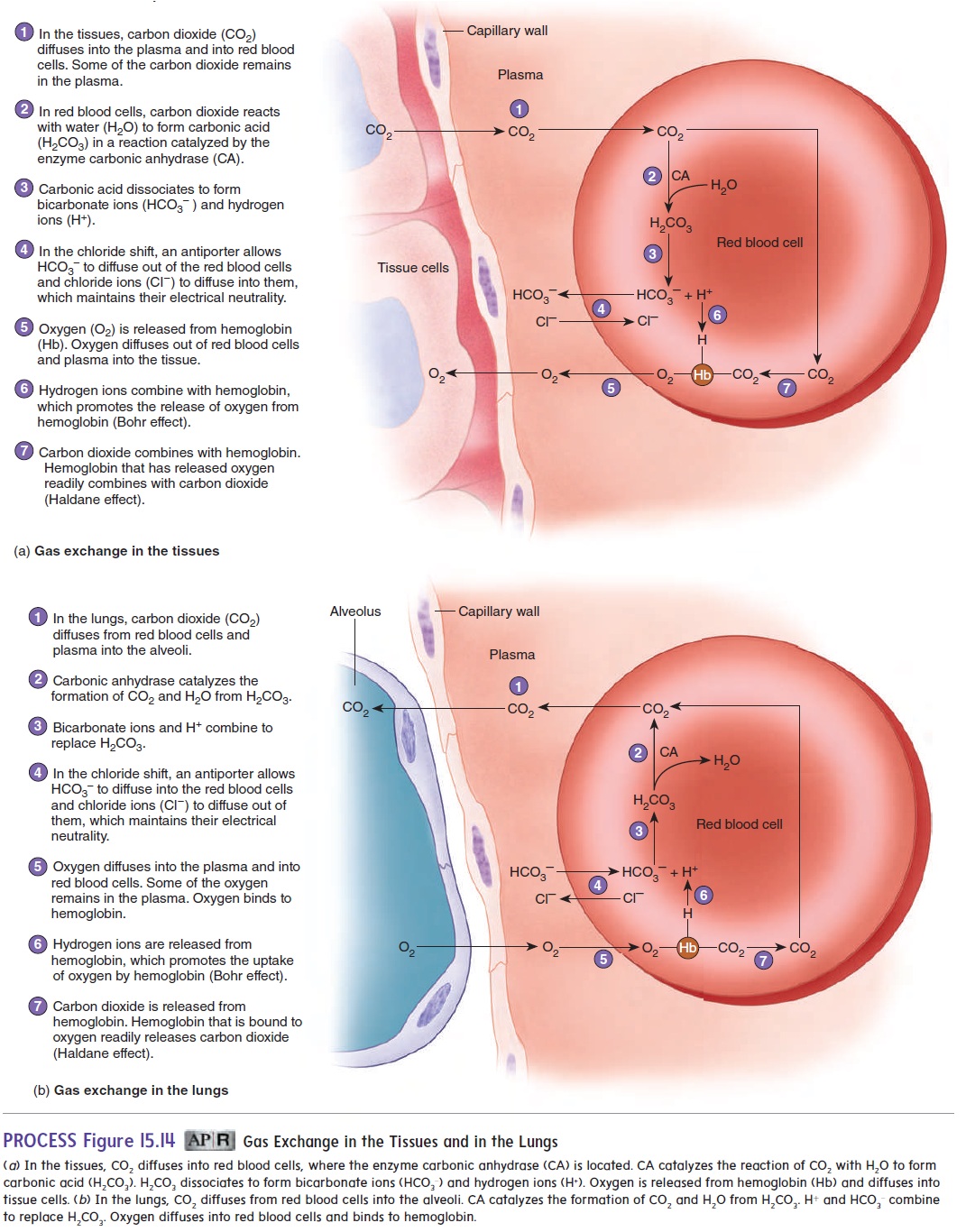 In the capillaries of the lungs, the process is reversed, so that the HCO3− and H+ combine to produce H2CO3, which then forms CO2 and H2O (figure 15.14b). The CO2 diffuses into the alveoli and is expired.

Carbon dioxide has an important effect on the pH of blood. As CO2 levels increase, the blood pH decreases (becomes more acidic) because CO2 reacts with H2O to form H2CO3. The H+ that results from the dissociation of H2CO3 is responsible for the decrease in pH. Conversely, as blood levels of CO2 decline, the blood pH increases (becomes less acidic, or more basic).