Nervous and Chemical Control of Breathing

Higher brain centers can modify the activity of the respiratory center .

Higher brain centers can modify the activity of the respiratory center (figure 15.16a). For example, controlling air movements out of the lungs makes speech possible, and emotions can make us sob or gasp. In addition, breathing can be consciously controlled—that is, it is possible to breathe or to stop breathing voluntarily. Some people can hold their breath until they lose consciousness due tolack of O2 in the brain. Children have used this strategy to encour-age parents to give them what they want. However, as soon as conscious control of respiration is lost, automatic control resumes, and the person starts to breathe again. 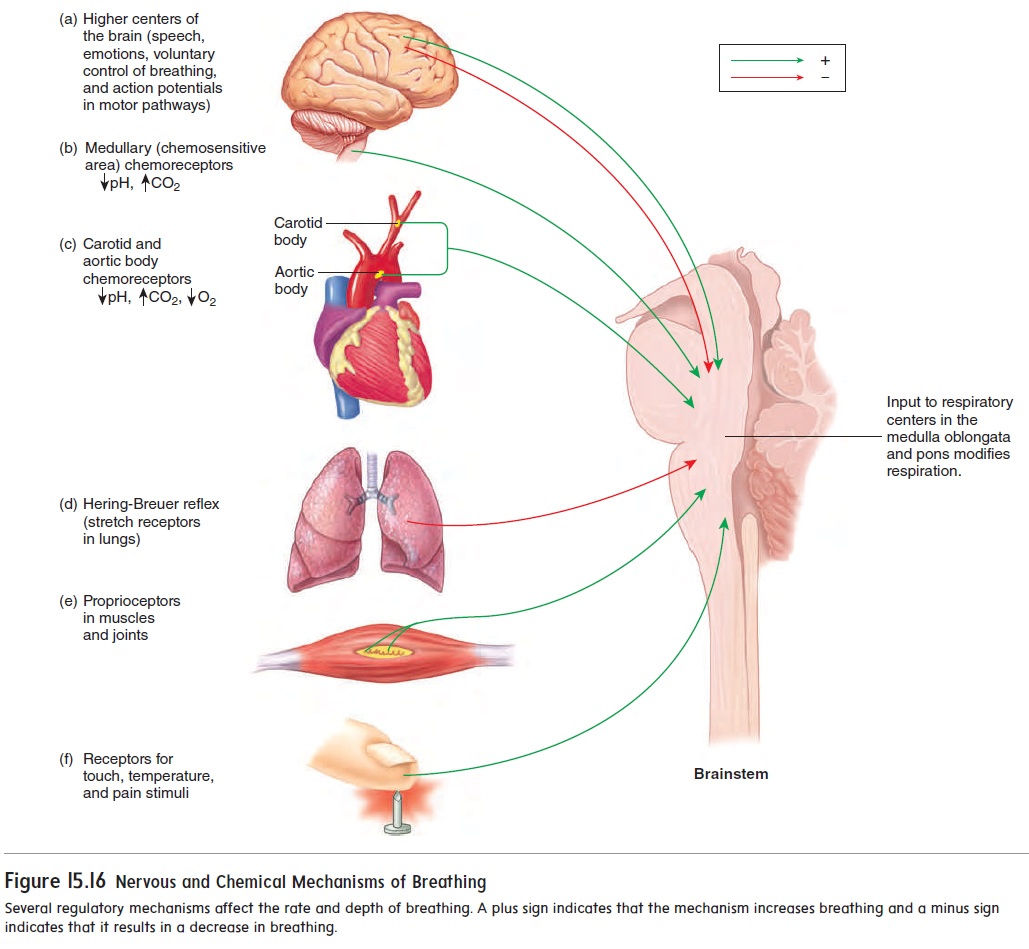 Several reflexes, such as sneeze and cough reflexes, can mod-ify breathing. The Hering-Breuer (her′ ing broy′ er) reflex supports rhythmic respiratory movements by limiting the extent of inspiration (figure 15.16d). As the muscles of inspiration contract, the lungs fill with air. Sensory receptors that respond to stretch are located in the lungs, and as the lungs fill with air, the stretch receptors are stimu-lated. Action potentials from the lung stretch receptors are then sent to the medulla oblongata, where they inhibit the respiratory center neurons and cause expiration. In infants, the Hering-Breuer reflex plays an important role in regulating the basic rhythm of breathing and in preventing overinflation of the lungs. In adults, however, the reflex is important only when the tidal volume is large, as occurs during heavy exercise.

Touch, thermal, and pain receptors in the skin also stimulate the respiratory center, which explains why we gasp in response to being splashed with cold water or being pinched (figure 15.16e,f ).

During cellular respiration, the body’s cells consume O2 and pro-duce CO2 . The primary function of the respiratory system is to add O2 to the blood and to remove CO2 from the blood.

Surprisingly, the level of CO2, not O2, in the blood is the major driving force regulating breathing. Even a small increase in the CO2 level (hypercapnia), such as when holding your breath, results in a powerful urge to breathe. The mechanism by which CO2 in the blood stimulates breathing involves the change in pH that accompa-nies an increase in CO2 levels. Receptors in the medulla oblongata called chemoreceptorsare sensitive to small changes in H+ con-centration. Recall from the section “Carbon Dioxide Transport and Blood pH” that blood CO2 combines with water, which increases H+ concentration. Thus, it is the H+that is detected by the medul-lary chemoreceptors (figure 15.16b).

Although O2 levels are not the major driving force of breath-ing, there are O2-sensitive chemoreceptors in the carotid and aortic bodies (figure 15.16c). When blood O2 levels decline to a low level (hypoxia) such as during exposure to high altitude, emphysema, shock, and asphyxiation, the aortic and carotid bodies are strongly stimulated. They send action potentials to the respiratory center and produce an increase in the rate and depth of breathing, which increases O2 diffusion from the alveoli into the blood. 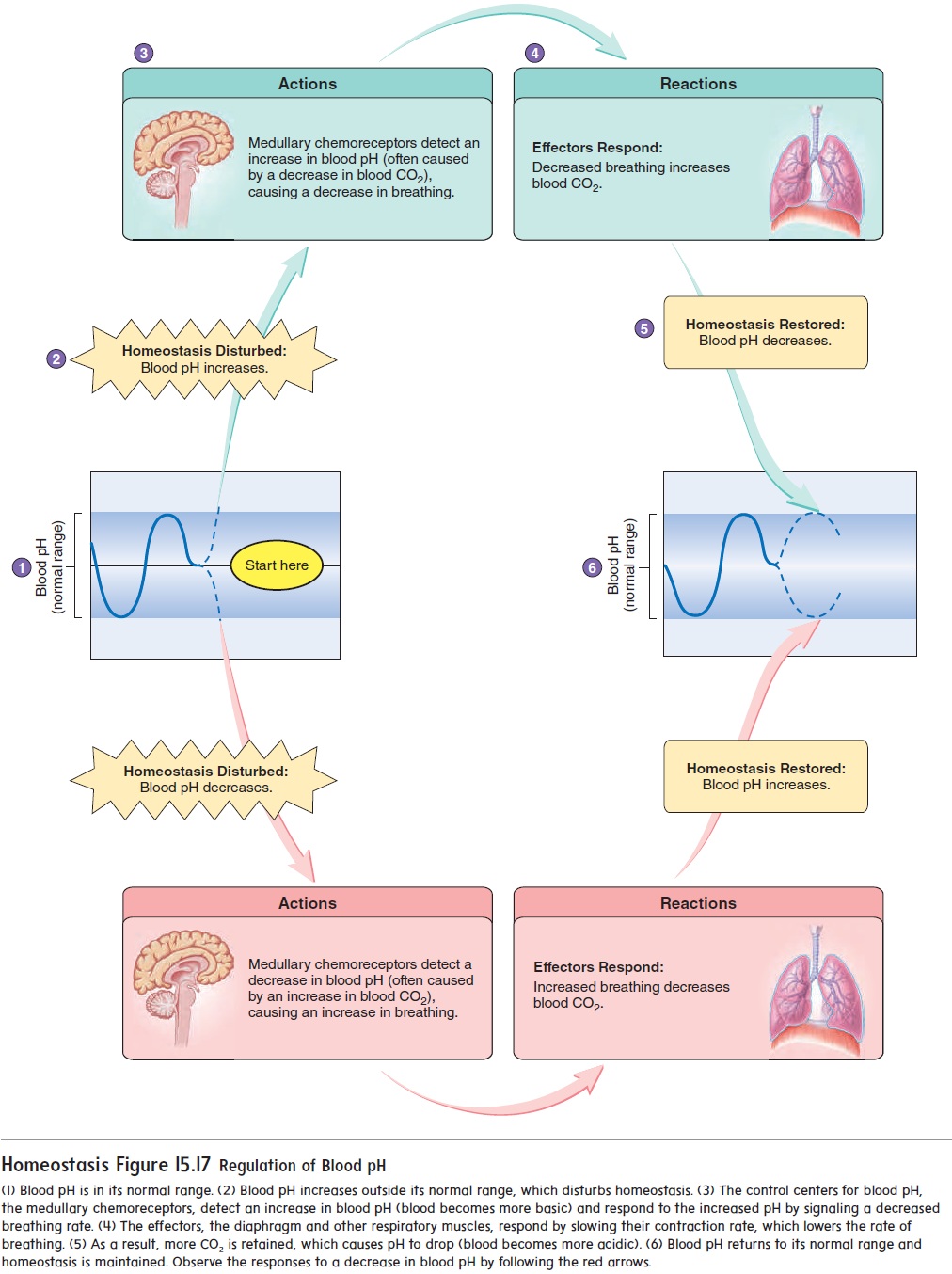