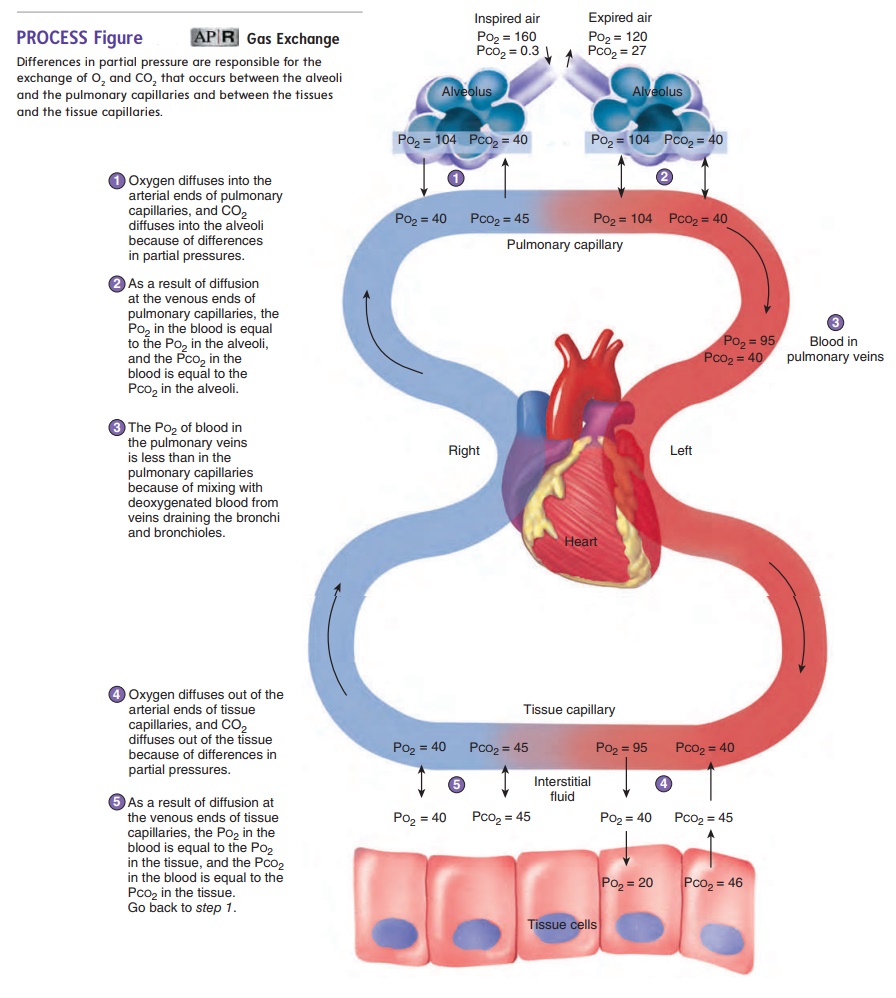 A. Explain the factors that affect gas movement through the respiratory membrane. B. Describe the partial pressure gradients for O2 and CO2.

Ventilation supplies atmospheric air to the alveoli. The next step in the process of respiration is the diffusion of gases between the alveoli and the blood in the pulmonary capillaries. As previously stated, gas exchange between air and blood occurs in the respira-tory membrane of the lungs (see figure 15.8). The major area of gas exchange is in the alveoli, although some takes place in the respira-tory bronchioles and alveolar ducts. Gas exchange between blood and air does not occur in other areas of the respiratory passageways, such as the bronchioles, bronchi, and trachea. The volume of these passageways is therefore called anatomical dead space. 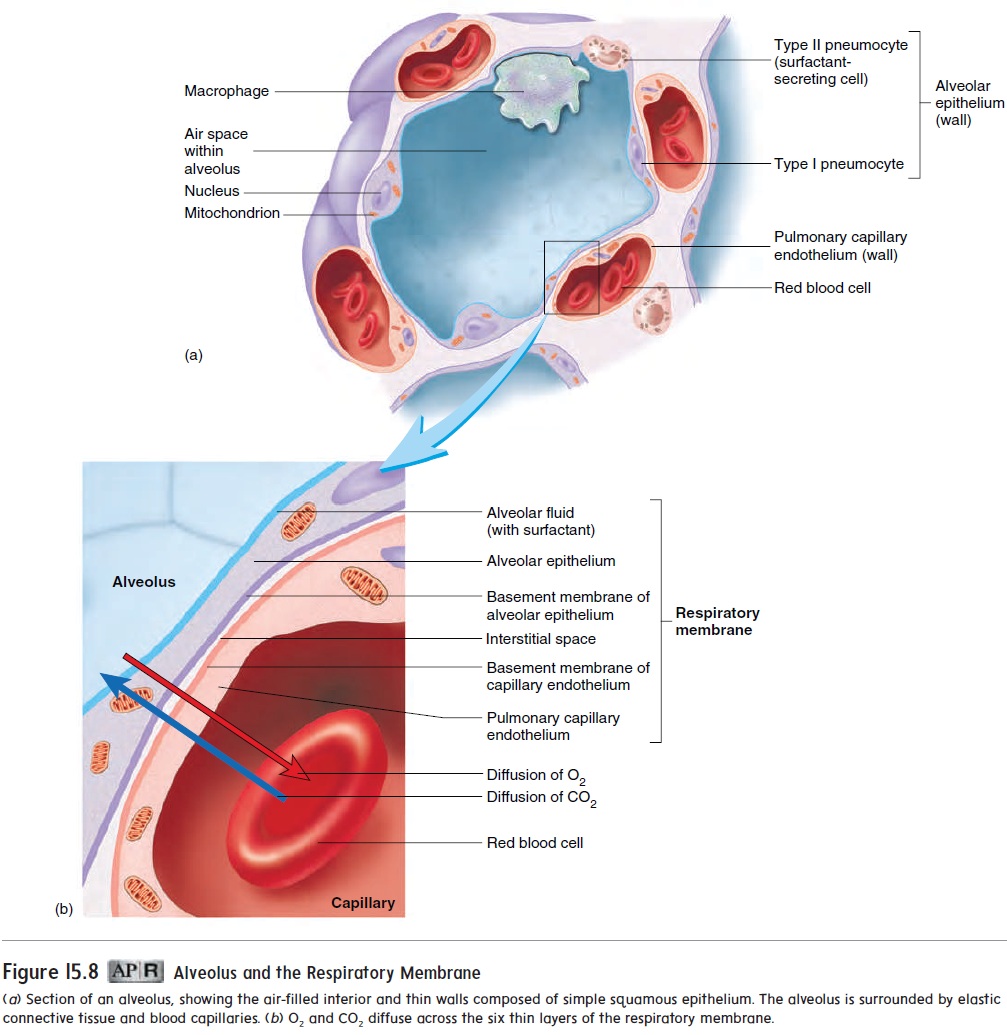 Diffusion of Gases in the Lungs 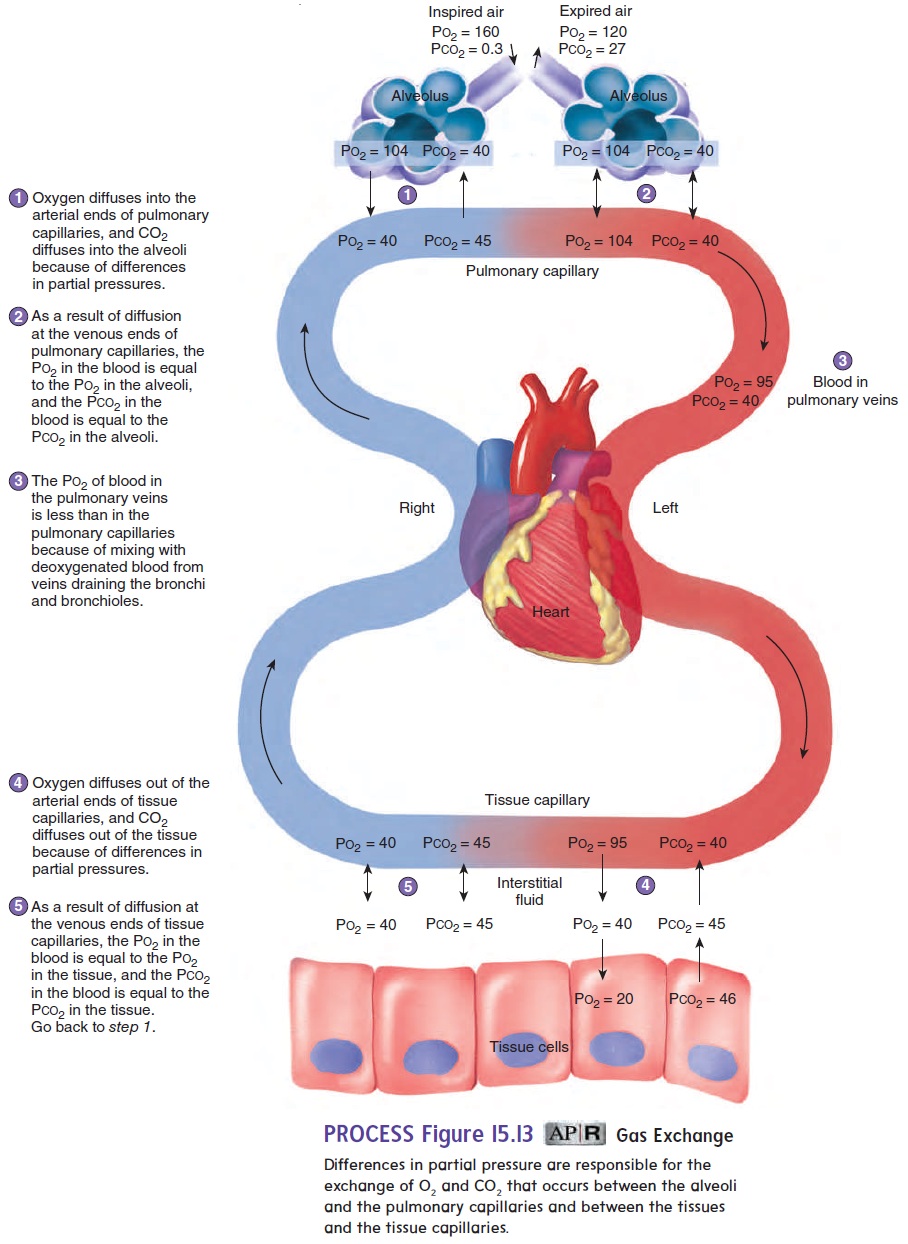 Diffusion of Gases in the Tissues