Metabolic functions of thiamin(Vitamin B1)

Thiamin has a central role in energy-yielding metabolism, and especially the metabolism of carbohydrates.

Thiamin has a central role in energy-yielding metabolism, and especially the metabolism of carbohydrates. Thiamin diphosphate (also known as thiamin pyro-phosphate, see Figure 8.8) is the coenzyme for three oxidative decarboxylation reactions: pyruvate dehy-drogenase in carbohydrate metabolism, α-keto-glutarate dehydrogenase in the citric acid cycle, and the branched-chain keto-acid dehydrogenase involved in the metabolism of leucine, isoleucine, and valine. These three enzymes are multienzyme complexes that catalyze oxidative decarboxylation of the substrate linked to reduction of enzyme-bound lipoamide, and eventually reduction of NAD+ to NADH.

Thiamin triphosphate has a role in nerve conduc-tion, as the phosphate donor for phosphorylation of a nerve membrane sodium transport protein. 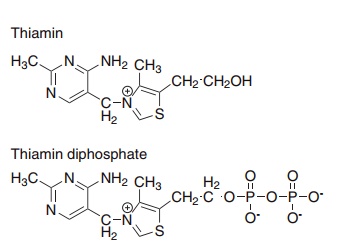 Figure 8.8 Thiamin (vitamin B1) and the coenzyme thiamin diphosphate.