Measuring the Activity of RNA Polymerase

Studies on protein synthesis in E. coli in the 1960s revealed that a transient RNA copy of DNA is sent to ribosomes to direct protein synthesis. Therefore cells had to contain an RNA polymerase that was capable of synthesizing RNA from a DNA template.

Measuring the Activity of RNA Polymerase

Studies on protein synthesis in E. coli in the 1960s revealed that a transient RNA copy of DNA is sent to ribosomes to direct protein synthesis. Therefore cells had to contain an RNA polymerase that was capable of synthesizing RNA from a DNA template. This property was sufficient to permit enzymologists to devise assays for detection of the enzyme in crude extracts of cells.

The precipitation procedure measures total incorporated radioactiv-ity. It is adequate for the assay of RNA polymerase activity and can be used to guide steps in the purification of the enzyme, but it is indiscrimi-

Figure 4.1 Assay of RNA polymerase by incorporation of radioactive nucleo-tides into RNA in a reaction containing buffer, NaCl, MgSO4, and triphosphates. After transcription, radioactive RNA and radioactive nucleotides remain. These are separated by addition of trichloroacetic acid and filtration. The filter paper then contains the RNA whose radioactivity is quantitated in a Geiger counter or scintillation counter.

Figure 4.2 Assaying for specific transcription by using a template and DNA forhybridization whose only sequences in common are the region whose transcript is to be assayed.

nate. Only the total amount of RNA synthesized in the reaction tube is quantitated. Since many of the convenient DNA templates contain more than one promoter and since in vitro transcription frequently initiates from random locations on the DNA in addition to initiating from the promoters, a higher-resolution assay of transcription is required to study specific promoters and the proteins that control their activities.

Several basic methods are used to quantitate the activities of specific promoters. One is to use DNA that contains several promoters and specifically fish out and quantitate just the RNA of interest by RNA-DNA hybridization (Fig. 4.2). Run-off transcription is another method that is often used for examining the activity of promoters. This permits the simultaneous assay of several promoters as well as nonspecific tran-scription. Small pieces of DNA 200 to 2,000 base pairs long and contain-

Figure 4.3 Assaying specific transcription by electrophoresis on polyacry-lamide gels. The radioactive RNAs of different sizes are synthesized using radioactive nucleoside triphosphates. Then the DNAs are separated according to size by electrophoresis and their positions in the gel found by autoradiogra-phy.

ing the promoter in question can be isolated. Transcription initiating from the promoter on these templates begins at the promoter and usually extends to the end of the DNA. This produces a small transcript of a unique size. Transcription initiating from other sites on the DNA generates other sizes of RNA transcripts. The resultant RNA molecules, whose sizes vary from 10 to 1,000 nucleotides, may easily be separated from one another by electrophoresis in polyacrylamide gels in the presence of high concentrations of urea (Fig. 4.3). These denaturing agents reduce the formation of transient hairpins in the RNA resulting from partial complementarity between portions of the molecules. Therefore the RNA polymers migrate at velocities dependent on their length and independent of their sequences. If α-32PO4 triphosphates have been used during the transcription, the locations of RNA molecules in the gel can subsequently be determined by autoradiography.

The third basic approach for examining the activity of a particular promoter became possible through improvements in recombinant DNA technology. Small DNA fragments several hundred nucleotides long can be isolated and used as templates in transcription assays. Quantitation of the total RNA synthesized in these reactions permits assay of a single promoter since the small DNA templates usually contain only one promoter. 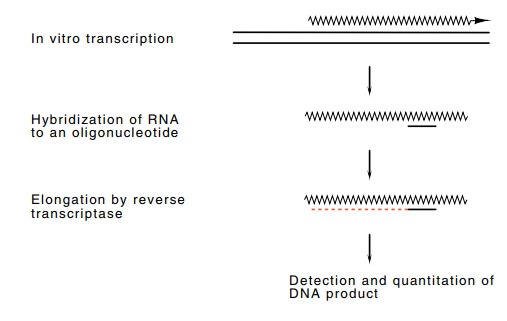 Figure 4.4 Assay for the presence of an RNA sequence by elongation withreverse transcriptase.

Assaying transcription from an in vitro reaction is relatively easy if purified proteins can be used. Obtaining the purified proteins is not so easy, however, since often their very purification requires assaying crude extracts for the transcriptional activity. The presence of nucleo-tides in the extracts precludes radioactive labeling of the RNA synthe-sized in vitro. Therefore an assay is required that can utilize nonradioactive RNA. Primer extension meets the requirements for such an assay (Fig. 4.4). RNA that was initiated in vitro and which transcribed

off the end of a DNA template is purified away from proteins and some of the DNA. This RNA is hybridized to a short DNA fragment. Then reverse transcriptase, an enzyme utilized by RNA viruses to make DNA copies of themselves, and radioactive deoxynucleotide triphosphates are added. The reverse transcriptase synthesizes a radioactive DNA copy of the RNA. This can be separated from extraneous and nonspecific DNA fragments by electrophoresis and be quantitated by autoradiography.