In the 1970s, the diets that were supposed to be the healthiest were low in fat and high in carbohydrates.

In the 1970s, the diets that were supposed to be the healthiest were low in fat and high in carbohydrates. “Carbo-loading” was the craze for athletes of all types, genders, and ages, as well as for the average, sedentary person. Thirty years later, things have changed considerably. Now you can go to Burger King and buy a burger wrapped in a piece of lettuce instead of a bun.

Why did a macromolecule once thought to be healthy become something people want to avoid? The answer has to do with how glucose, the primary monosaccharide of life, is metabolized. Rising glucose levels in the blood cause a subsequent rise in levels of the hormone insulin. Insulin stimulates cells to take up glucose from the blood so that the cells get the energy and blood-glucose levels remain stable. We now know that insulin also has the unfortunate effect of stimulating fat synthesis and storage and inhibiting fat burning. 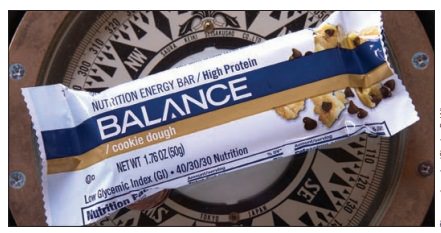 Some popular recent diets, such as the Zone Diet and the Atkins Diet, are based on keeping the carbohydrate levels low so that insu-lin levels do not rise and stimulate this fat storage. Current popular diet systems, such as NutriSystem and Weight Watchers, are also marketing their products by focusing on the type and quantity of carbohydrates using a “glycemic index” to distinguish between “good carbs” and “bad carbs.” As with any popular diet, the sup-porting evidence is not 100% conclusive, but many doctors are suggesting these diets for their patients wishing to lose weight.

In the case of athletes, however, little evidence suggests that a low-carbohydrate diet is effective for athletic performance, because of the extended time needed to replenish muscle and liver glyco-gen when the athlete is not on a high-carbohydrate diet.